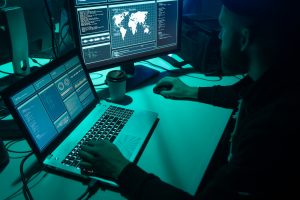 On May 28, 2021, the U.S. Securities and Exchange Commission (“SEC”) commenced an enforcement action against five U.S. individuals who, between January 2017 and January 2018 participated in BitConnect’s fraudulent scheme, which collectively raised an eye-popping $2 billion from investors throughout the world.  The complaint alleges that: (i) the Fab Five promoted investments into a “lending program” to U.S. retail investors, promising significant return on investment; (ii) the sale of these investments into BitConnect’s lending program was an illegal, unregistered securities offering, sold without a valid exemption from the SEC’s securities registration requirement; and (iii) that the crew were part of a network of promoters selling these investments. BitConnect represented to its investors that the company could “deploy investor funds to trade in and profit from the volatility of Bitcoin,” promising monthly returns of up to 40%, or over 566% a year.  In return for his promotion efforts, each defendant received compensation based on a percentage of investor funds received by BitConnect.

The BitConnect complaint is one of a long list of SEC enforcement actions asserting that the sale of products promising returns, whether from trading in cash or cryptocurrency, are sales of securities.  Others include Securities and Exchange Commission v. Trendon T. Shavers and Bitcoin Savings and Trust and In the Matter of Erik T. Voorhees. It is also a reminder that promoters cannot profit from the sale of securities—even unregistered securities—without being a registered broker-dealer, or affiliating with a licensed broker. Indeed, the complaint explains that receipt of transaction-based compensation, which often occurs “in the form of a percentage of the funds raised for investments,” is an important hallmark of a broker-dealer. (In a somewhat analogous anti-touting law, the SEC has obtained cease and desist orders against celebrities such as Floyd Mayweather, Jr., DJ Khaled and Steven Seagal for promoting securities sold via initial coin offerings or ICOs without publicly disclosing the compensation paid for these promotions.)

Ultimately, the BitConnect enforcement action serves as a reminder that the SEC is actively investigating the offer and sale of digital asset securities and fraudulent conduct surrounding these assets, even offerings as far back as the 2017 ICO Boom.

Click here to learn more about the FinTech team at Offit Kurman. 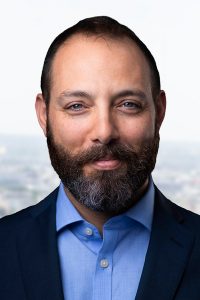 Distressed Real Estate
Mr. Nagi represents lenders and borrowers in every aspect of distressed real estate, from the pre-default stage through bankruptcy exit. Mr. Nagi is well versed in the issues presented by securitized loans, special servicers, banks, and private lenders in distressed commercial loans, sales via the Uniform Commercial Code, fraudulent transfer actions, and through every stage of insolvency proceedings. In addition to his experience in Single Asset Real Estate bankruptcy cases,

FinTech
Mr. Nagi uses his creditor-focused, finance experience to counsel early-stage and mature FinTech companies as well as traditional and non-traditional lenders in both business ventures and litigation. He regularly counsels companies in applying blockchain technology to their respective industries, fundraising efforts, and regulatory issues. Mr. Nagi advises clients on SEC, CFTC, FinCEN, and state-level MSB matters, including the issuance of securitized digital assets. He has authored numerous articles on FinTech issues and is a frequent speaker at conferences.