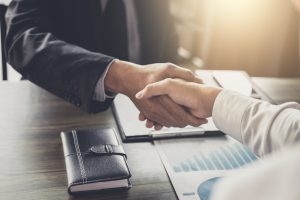 A client contacted me about a business acquisition she was considering.  The company had a value of $10 million and had two owners: one owned 80% of the company and the other owned the remaining 20%.  My client was being offered the 20% owned by the second owner.  The math seemed simple.  20% of a $10 million business would cost $2 million.

A minority ownership interest in a business (an interest that does not control the business) is usually worth less than its pro rata value.  Why?  The fact that the ownership interest has little or no control over the business diminishes the value.  This lack of control often includes an inability to require that distributions be made to the owners without the majority owner’s authorization.  As a result, the diminished value can be materially less than the pro rata value.

Additionally, many minority interest holders have restrictions on their ability to transfer their ownership interests to parties other than the business or the current owners of the business – these restrictions usually appear in a corporation’s shareholders agreement or a limited liability company’s operating agreement.  This restriction on the transferability of an interest can further reduce the value of the interest, because the owner of the minority interest cannot take advantage of a free market for the sale of the interest.

The amount by which the value of a minority interest is discounted because of these factors varies, but is often 30-40% of the pro rata value.  It’s possible that my client could buy the 20% interest for $1.2 million rather than $2 million.

It’s a good idea to first check with your legal counsel or an independent appraisal professional before setting a price for a minority interest.

If you have questions about this or any other legal matter, contact Brian Hundertmark at: 240.507.1750 and brian.hundertmark@offitkurman.com.

Brian J. Hundertmark has more than 30 years of experience representing the needs of his clients.  They rely on him for their estate planning, business succession, and asset protection needs. He designs personalized estate plans to help minimize the burden of gift and estate taxes while protecting assets from potential creditors.  Brian makes estate planning as timely and painless as possible.