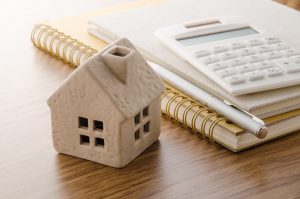 What may be the best word to describe estate planning in 2021?

I submit ‘uncertainty’.  This year may be the year to account for potential changing circumstances.

The typical estate plan for a married couple leaves all property to the other.  In the case of retirement plan benefits, the spouse is named as the primary beneficiary and the children as contingent beneficiaries.  Children will usually wait to receive their inheritance after the surviving spouse’s death.

One twist on the standard plan is through the use of disclaimers.  A disclaimer provision allows your named beneficiary to say, I don’t want the money, give it to the next in line.  If you include disclaimer provisions in your wills, trusts, and in the beneficiary designations of retirement plans, your surviving spouse generally has up to nine months after your death to consider how much to keep and how much to disclaim to your children. Your children would also be able to disclaim into trusts for the benefit of their own children.

For example, if the surviving spouse had executed a disclaimer in 2019 of at least a portion of the IRA (e.g., $1,000,000), that amount would be transferred as an Inherited IRA directly to the children. The disclaimer would have allowed the children to defer income taxes on their Inherited IRA, and perhaps would have saved the family a million dollars or more in estate taxes. The rules in effect in 2019 (as opposed to 2020 and beyond under SECURE) allowed the stretch of the Inherited IRA, resulting in a good result for the family.

The big point is there is a constant uncertainty surrounding what laws will be in effect when you die. You can’t control Congress, the market, or many other things. Furthermore, for each type of asset, whether it is an IRA, a Roth IRA, a brokerage account, life insurance, an annuity, real estate, or other assets, there might be compelling reasons to do something that cannot be predicted today. A change in circumstances could change the optimal choice of which beneficiary gets which asset.

The key concept here is disclaiming. In this type of plan, you can’t force anyone to accept a bequest. The plan works by allowing the beneficiary of an asset to accept the property for him/herself, or to say, I don’t want that asset, or any part of it.   If there is a disclaimer of all or part of an IRA, for example, we look to see who is next in line, or if we want to use the official term, the contingent beneficiary. The ability for the primary beneficiary to make a partial disclaimer adds enormous flexibility to the plan. This means that he or she can accept part of the asset and let the contingent beneficiary have the rest.

If a surviving spouse needs all the money, that is fine ¾ if he or she can keep everything left to him or her. But if the surviving spouse doesn’t need the money, or more likely doesn’t need all of the money, then he or she can disclaim either all, or again more likely, a portion of it, in favor of the next beneficiary on the list (i.e., the children). The child can also decide to accept the property or disclaim it further down the line.

With traditional planning and traditional estate administration, children do not get any inherited money until both spouse’s deaths. Grandchildren do not get anything until their parents are gone. Incorporating disclaimers into the estate plan allows the children to receive money at the first death, which not only has potential tax advantages but also can help them out while they are younger and may need it more. Disclaiming can not only reduce taxes after your death but also get money to younger generations sooner when they have a greater financial need for it.

It is too tough to guess what the best strategy will be after the first and second death. Therefore, you will want to build flexibility into the estate plan with disclaimers. Ultimately, you might be able to get the right assets to the right beneficiaries at the right time and save money on taxes along the way.