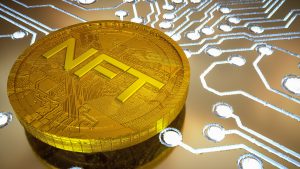 You might have noticed that non-fungible tokens (NFTs) are in the news on a near-daily basis. Whether it’s the $69 Million sale of a massive JPG file containing 14 years of digital artwork by the artist Beeple, digital sports trading cards featuring Rob Gronkowski (sold for $1.6 Million), some of the internet’s earliest memes (Nyan Cat sold for $590,000), or even a digital Jacobs & Co. SF24 Tourbillion timepiece (sold for $100,000), NFTs are everywhere and creators across the digital spectrum are cashing in with eye-popping prices.

This article is the first of a series addressing NFTs, the intellectual property issues related to NFTs, potential ways of monetizing your digital assets through NFTs, and other considerations around this new application of blockchain technology. Astronomical prices aside, NFTs are worth taking seriously.

What is an NFT?

At the risk of oversimplifying, an NFT is a digital file that has been created through a process called “minting” and which, as a result of that process, is backed by an immutable, digital ledger known as blockchain that records every transaction related to that item to prove current ownership and, by extension, authenticity. While each NFT is unique, they can be sold as one-of-one items or as part of a series; where the NFTs represent collectible items, their value is tied to their rarity. Although some of the early applications for NFTs focused on collectibles and artwork, NFTs can contain anything digital, including images, animated GIFs, songs, video games, or even digital tokens redeemable for real-world items, like The Space Watch designed by Richard Danne for NASA. Recently, IBM even announced that it will be turning its patents into NFTs so it can more easily monetize them, using the blockchain associated with it to record ownership and licensed rights.

What do buyers receive when they purchase an NFT?

So far, most NFTs deliver a digital file of whatever has been minted, the blockchain “certificate of authenticity,” and, if the NFT represents a collectible, the status that comes with owning something rare. For the most part, unless the terms of the sale expressly say so, the buyer doesn’t receive a physical item, doesn’t own intellectual property rights to the work, and can’t stop anyone else from distributing copies of the work. The Nyan Cat meme will never leave the Internet and continues to be circulated by users worldwide regardless of the fact that someone paid nearly $600,000 for its NFT. Much like physical artwork, if the artist retains the copyright and decides to sell prints for $20, they’re legally entitled to do so and there’s likely very little the NFT owner can do about it. This means that the owners of the content underlying sold NFTs could also elect to mint and sell new editions of what has previously been sold, potentially undermining the rarity and value of the original NFT.

Ultimately, what each NFT includes will depend on what is listed in the NFT description and the contract of sale. Like any purchase, buyers should fully understand what rights come with their purchase and should not assume that they own any intellectual property rights to their new NFT. It might sound like a good idea to go out and sell replicas of your new $69 Million NFT, but by doing so, you’re likely infringing the artist’s copyright and would probably be on the receiving end of a lawsuit. With all the new applications of technology, there are lots of issues to unpack. Stay tuned for the next edition of this series for more about the intellectual property issues wrapped up with NFTs. 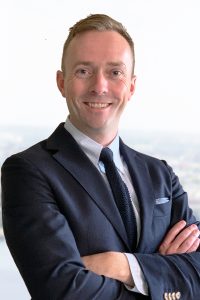 David Johnson is a Principal attorney in the Intellectual Property practice group.  He helps businesses manage complex brand issues, focusing on intellectual property strategies, prosecution, and enforcement. He also works on a wide variety of branding and technology-related matters, including social media and advertising, privacy, product and packaging claims review, and intellectual property transactions. Mr. Johnson draws on his in-house legal and business experience to partner closely with clients to help them plan for their long-term business goals and tolerances for risk in strategically managing, building, and protecting multi-national intellectual property portfolios. He has experience advising clients ranging from pre-launch start-ups to Fortune 100 companies. Mr. Johnson also has experience guiding clients through a wide range of commercial transactions including IP acquisitions and licensing, influencer engagements, and publishing agreements.