The Terrifying New York Definition of a Franchise

April 6, 2021|Tom Pitegoff|Comments Off on The Terrifying New York Definition of a Franchise 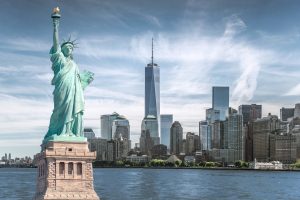 As Published in the New York Business Law Journal

The definition of a “franchise” under the NYFSA is extremely broad.[1] It covers far more business arrangements than anyone would reasonably consider to be a franchise. This anomaly puts New York franchise law in “left field” as the late Rupert Barkoff noted in his excellent article published in the New York Law Journal on May 1, 2012.[2] This is an understatement. The NYFSA, which has not been revised since it went into effect in 1981, is not even in the same ballpark as similar legislation in other jurisdictions. Barkoff called this anomalous New York definition of a franchise “terrifying.”

Failure to comply with the NYFSA can result in enforcement action by the New York State Attorney General’s Office and private actions by franchisees for rescission, damages, injunctive or declaratory relief, attorneys’ fees, and costs. Willful violation of the NYFSA can lead to punitive damages and criminal liability.

Not only can a simple trademark license agreement be a franchise in New York. A marketing consulting agreement can also be a franchise. So can a distribution arrangement where the distributor must pay an initial fee to the supplier to gain the right to distribute in a specific market or territory. To put this another way, outside of the business arrangement that we all know as a franchise is a large “gray” area in which the arrangement is at risk of being a franchise under New York law.

In short, the NYFSA is a trap for the unwary. Most people would not think of consulting with a franchise lawyer before entering into a trademark license agreement or a marketing agreement. Yet failure to comply with the NYFSA can give ammunition to an aggrieved licensee in a dispute with its licensor or result in prosecution of the licensor by the New York State Attorney General’s office.

The broad definition of a franchise cries out for change in the law.

The New York definition of a franchise has just two elements.[5] One element is either a trademark or a marketing plan prescribed in substantial part by the franchisor. The second element is a fee.

Each of the franchise sales laws, of course, has various exemptions and exclusions from the definition of a franchise.[6]

Both prongs of the NYFSA’s definition of a franchise raise issues. Starting with the first prong, what does it mean to grant “the right to engage in the business of offering, selling, or distributing goods or services under a marketing plan or system prescribed in substantial part by a franchisor” without a trademark?

A marketing consultant may provide a marketing plan to a client to enable that client to launch a business. Certainly, the client will pay a fee. Is this a franchise? When does such an arrangement constitute a “grant” of the “right” to engage in a business? The statute is not at all clear on what type of arrangement this prong of the definition is intended to cover.

The second prong is easier to understand but is extremely broad. The plain language of the statute covers many license and distribution arrangements that would not be considered franchises in other states. Any trademark license granting someone a right to engage in a business in consideration for a royalty would fall within the definition of a franchise under the NYFSA. So would a distribution arrangement with no grant of trademark rights in which the distributor pays a one-time fee to the supplier to purchase the distribution rights. These are not the types of business arrangements that anyone unfamiliar with New York law would expect to be franchises.

For licensors who receive proper legal advice, this broad definition is an impediment to doing business in the state of New York or with a person located in New York. The proper advice in many of these cases is that the broad scope of the New York law creates risk and imposes a degree of uncertainty. This advice would discourage some from locating their business in the state. Why would a licensor choose to be subject to the extensive franchise registration and disclosure requirements in New York when the company can avoid these requirements by locating in or licensing into any other state? Why would a consultant based in New York or working with a New York client provide a marketing plan to enable the client to launch a business?

For Traditional Franchisors, New York’s Broad Definition of a Franchise is a Non-Issue

The “terrifying” aspects of the New York definition apply only to those who would not be considered franchisors under the FTC Rule or the franchise sales laws of any other state.

Narrowing New York’s broad definition of a “franchise” to conform to the definition in other states would have no effect on franchisors or franchisees as those terms are commonly understood.

Does the Broad Definition Serve a Useful Purpose?

In practice, relatively few litigants raise the issue of noncompliance with the NYFSA against trademark licensors or marketing consultants. The Attorney General’s Office seldom prosecutes business arrangements that are not commonly understood to be franchises. The reason may be that these business arrangements do not require the protections that the NYFSA affords to prospective franchisees.

The sparse enforcement of the NYFSA does not change the fact that the threat is always there. An enforcer can arbitrarily decide at any time to enforce it. Why should a licensor or consultant have to run this risk?

A revised NYFSA could eliminate the registration and disclosure requirement for businesses that lie in the “gray” area of the New York definition today while retaining the Attorney General’s broad anti-fraud jurisdiction for these businesses. If necessary, the state might even consider enacting a “business opportunity” law, as roughly half of the states have done, which would regulate some business arrangements in the “gray” area but have far less onerous registration and disclosure requirements than a franchise law.

The broad definition of a franchise has been a part of the NYFSA since it became effective in 1981. New York was the last state to enact a franchise sales law, and that law has never been amended.

One commentator noted in 2012 that the NYFSA “was crafted to attack a vast criminal invasion of the franchise arena which transpired in the 1960s and 70s (including significant organized crime involvement) and to safeguard New York’s reputation as the financial capital of the world.”[7] In other words, the NYFSA was written expansively in order to give the Attorney General broad latitude to prosecute bad actors who might run off with initial franchise investments of would-be franchise buyers. The same author noted in 2020 that on its 40th anniversary, the NYFSA “achieved its intended purpose – the eradication of massive fraud and criminality that had permeated the then-nascent franchise arena.”[8]

Even if there was a need for a franchise law with such broad application in 1981, there is no such need today. Undoubtedly, the FTC Rule, which went into effect in 1979, also played an important role in cleaning up an industry that was riddled with fraud, as did the franchise laws of other states, which were all enacted in the 1970s before the FTC Rule became effective.

Franchising is a respected way of doing business. Franchising is also an important part of the U.S. economy.[9] With some careful revising, the NYFSA can make franchising a far more important part of the New York economy than it is today. The broad definition of a franchise under the NYFSA today is the single most important reason to change this law. It is high time for New York State to change its definition of a “franchise” to conform more closely with the franchise sales laws of other states.

“Franchise” means a contract or agreement, either expressed or implied, whether oral or written, between two or more persons by which:

(a) A franchisee is granted the right to engage in the business of offering, selling, or distributing goods or services under a marketing plan or system prescribed in substantial part by a franchisor, and the franchisee is required to pay, directly or indirectly, a franchise fee, or

(b) A franchisee is granted the right to engage in the business of offering, selling, or distributing goods or services substantially associated with the franchisor’s trademark, service mark, trade name, logotype, advertising, or other commercial symbol designating the franchisor or its affiliate, and the franchisee is required to pay, directly or indirectly, a franchisee fee.

“Franchise” means an expressed or implied, oral or written agreement in which:

(i)    a purchaser is granted the right to engage in the business of offering, selling, or distributing goods or services under a marketing plan or system prescribed in substantial part by the franchisor;

(ii)    the operation of the business under the marketing plan or system is associated substantially with the trademark, service mark, trade name, logotype, advertising, or other commercial symbol that designates the franchisor or its affiliate; and

(iii)    the purchaser must pay, directly or indirectly, a franchise fee.

Section 13.1-559(A) of the Code of Virginia (the Retail Franchising Act) defines a “franchise” as follows:

“Franchise” means a written contract or agreement between two or more persons, by which:

1. A franchisee is granted the right to engage in the business of offering, selling or distributing goods or services at retail under a marketing plan or system prescribed in substantial part by a franchisor;

2. The operation of the franchisee’s business pursuant to such plan or system is substantially associated with the franchisor’s trademark, service mark, trade name, logotype, advertising or other commercial symbol designating the franchisor or its affiliate; and

3. The franchisee is required to pay, directly or indirectly, a franchise fee of $500 or more.

Franchise means any continuing commercial relationship or arrangement, whatever it may be called, in which the terms of the offer or contract specify, or the franchise seller promises or represents, orally or in writing, that: