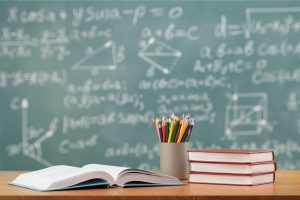 “The importance of a good education.” It’s a statement that’s about as apolitical as it gets…a proclamation even the deepest of reds and the darkest of blues can agree upon.

Teachers are the lifeblood of our society. But in many ways they’ve been underappreciated and underpaid, undervalued, and often left without a strong voice to protect their interests and those of the children and parents they serve. And as our ongoing pandemic continues, everyone’s views on teaching and schools continue to dramatically change.

The first teacher’s union was formed in New York City in 1916, but it would take several decades for multiple states to pass laws to regulate organizing, bargaining and settling disputes for those working in public education. And it wouldn’t be until 1962 that New York City signed the first collectively bargained agreement with public school teachers. In the roughly 60 years since, there have been thousands of collective bargaining agreements affecting millions of educators all across America.

Today, there are roughly 3.2 million teachers in the public school system, and the majority of them, about 70%, belong to a union. However, that doesn’t mean these unions have the ability to collectively bargain for these educators from sea to shining sea. In fact, there are sixteen states that have limited collective bargaining statutes and seven states that strictly prohibit collective bargaining when it comes to public education.

In its simplest terms, collective bargaining is the negotiation of wages and other conditions of employment by an organized body of employees …often a union. At its essence, the collective bargaining process allows everyone associated with a school to work together, benefiting students, teachers, administrators, parents and the community at large.  And in recent years, several states which have had limited or no collective bargaining, have begun to change and engage in the process.

Virginia is one of these states that is undergoing change. Since 1947, it’s been a “right to work” state, meaning an employee has the right to work for an employer without being compelled to join a union, but also leaving teachers without a powerful and unified voice. And while more than 40,000 teachers and school support professionals belong to the Virginia Education Association (VEA), the VEA has been hampered as a negotiating entity because counties, cities, towns or other political subdivisions of the Commonwealth have not been legally able to enter into collective bargaining agreements.

In fact, in 1977, in the case of Commonwealth of Virginia V. County Board of Arlington County, the Virginia Supreme Court ruled that an individual county school board did not have the right to bargain collectively. The result has been that way for the past forty-four years, and Virginia teacher’s pay has remained well below the national average.

However, in 2020, the Virginia General Assembly enacted a new law permitting collective bargaining. This important legislation repeals the prohibition against collective bargaining by public sector workers and permits public employees to establish bargaining units and allow for union elections. In addition, the law permits local governments to recognize unions certified as exclusive bargaining agents, so that it furthers the goal of collective bargaining, giving employers and employees an opportunity to meet at reasonable times to negotiate in good faith on wages, hours and working conditions.

Called “A Game Changer” by Education Week magazine, the provisions of this act will go into effect on May 1, 2021. Having represented both teachers and administrators for over 35 years, many of them at Offit-Kurman, I know the impact collective bargaining, and its limitations in Virginia, has on both sides. In my next blog, I’ll dive into what these changes will entail for both sides and how to best navigate through these uncertain new waters.

If you have a question about this or any education law matter, or if you need legal representation or services, please contact me at sstone@offitkurman.com or 703.745.1813. 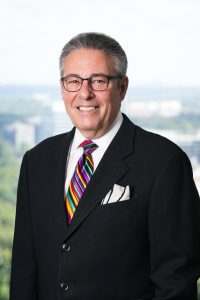 Mr. Stone represents clients before all state courts in Virginia, before government agencies, and before local governments, school boards, and departments. His clients include area education associations, businesses and other trade and professional organizations; Families and individuals. He also has provided legislative and lobbying services on behalf of a wide variety of groups – labor, business, attorneys and doctors. He takes pride in the fact that most of his cases are quietly resolved in the best interest of his clients. His philosophy is that every reasonable effort should be made to settle legal claims or disputes in a way that protects his clients’ rights, and that costly litigation and adversarial proceedings should always be the last resort.