If you manage or advise a company outside of the U.S. which has business in the U.S. or with U.S. companies, then your business probably is subject to the U.S. legal system and its courts. The belief of many international businesses is to avoid the U.S. legal system, particularly court-based litigation, at all costs. This column, and Offit Kurman’s International Practice more broadly, is devoted to the proposition that you can use the laws and rules of the U.S. system to your advantage. Size does not matter. We pride ourselves on providing innovative and cost-effective solutions to the international middle market. 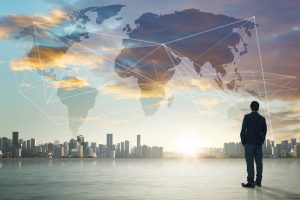 This column usually focuses on business disputes in the U.S. courts and arbitral fora. However, the U.S. legal system also is a resource, perhaps often untapped, for litigants in disputes in fora outside the U.S. One way in which it is such a resource is by making available discovery of documents and information which a foreign litigant cannot access except via the U.S.

Pursuant to 28 U.S.C.A. § 1782, “any interested person,” which includes, but is not limited to, a litigant in a foreign or international proceeding, may request that a U.S. federal court provide assistance in connection with the proceeding by compelling the production of information located in the U.S.

The federal district court may direct a person who “resides” or is “found” in its judicial district to give testimony or a statement or to produce a document or other thing “for use in a proceeding in a foreign or international tribunal.”

On the one hand, every aspect of the statute has meaning and has been interpreted and several are currently actively contested, which is part of the occasion for this discussion and for other current writing about the statute.

Rather than get lost in possible limitations and interpretations, it pays to bear in mind that 1782 applications often are granted with relative ease. The federal courts in New York, the location of many companies and a great deal of international trade, see and grant many such applications each year. Many other federal districts see 1782 applications, as well, as the key is to obtain jurisdiction over the witness.

Note that the right is statutory. While subject to judicial discretion, it is not dependent on reciprocity. If your proceeding qualifies, you may obtain the discovery. While there are limitations, the scope of possible witnesses and of discoverable information are rather broad. Non-party participants in a transaction, for example, are a common source of discovery. Also, U.S. subsidiaries of foreign parties. (With some limitations.)

Also, it is not required that the information sought be discoverable in the foreign or international tribunal. Intel Corp. v. Advanced Micro Devices, Inc. 542 U.S. 241, 260-61 (2004). Nor is it required that the information would be discoverable in US litigation analogous to the foreign or international proceeding. Id., 542 U.S. at 263.

Both a threshold question and one of the currently most contested is what is a proceeding before a foreign or international “tribunal?” Generally, courts have considered it to have to be a neutral body with adjudicative, as opposed to investigative, authority, However, if an investigative body plays a key role in a quasi-judicial proceeding, it may qualify as a “tribunal,” as did the Commission of the European Communities. Id., 542 U.S. at 258.

The most pointed debate currently is whether 1782 can be used in aid of private arbitration. Recently, the Second Circuit reconfirmed its answer is, “no.” Hanwei Guo v. Deutsche Bank Sec., 965 F.3d 96, 104 (2d Cir. 2020). The Second Circuit is on the “no” side of a Circuit split with the Fifth and Seventh Circuits. Meanwhile, the Fourth and Sixth Circuits recently held that 1782 could be used in connection with a private arbitration.

A long-awaited resolution of this split may be in process now due to an application for certiorari made in December, 2020 by Servotronics, Inc. Pet. For Writ of Cert., Servotronics, Inc. v. Rolls-Royce PLC and the Boeing Company, No. 20-794 (U.S.). Servotronics seeks to challenge the denial by the Seventh Circuit of its 1782 application for discovery in the U.S. from Boeing to use in an arbitration in London before the Chartered Institute of Arbitrators. Rolls-Royce is seeking $12.8 million from Servotronics after it settled with Boeing over a testing accident involving a Rolls-Royce engine.

There are some restrictions and some issues worth bearing in mind as you obtain information for your U.S. counsel to prepare a 1782 application.

The most certain restriction is that no discovery can be compelled “in violation of any legally applicable privilege.” This provision has been interpreted as recognizing federal and constitutional, state and foreign privileges. This often will rule out an application directed at the U.S. law firm of a foreign party. Sensitivity to privilege could trigger the exercise of discretion to deny an application even where the privilege may not be clear. And applicable privileges go beyond the attorney-client privilege.

If the mandatory factors of the statute are satisfied, the district court then weighs four discretionary factors listed by the Supreme Court in Intel.

These are: (1) whether 'the person from whom discovery is sought is a participant in the foreign proceeding,' in which case 'the need for § 1782(a) aid generally is not as apparent'; (2) 'the nature of the foreign tribunal, the character of the proceedings underway abroad, and the receptivity of the foreign government or the court or agency abroad to U.S. federal-court judicial assistance'; (3) 'whether the § 1782(a) request conceals an attempt to circumvent foreign proof-gathering restrictions or other policies of a foreign country or the United States'; and (4) whether the request is 'unduly intrusive or burdensome.'" [*5]  Mees v. Buiter, 793 F.3d 291, 298 (2d Cir. 2015)(quoting Intel, 542 U.S. at 264-65).

There is a wealth of jurisprudence and guidance about Section 1782 and each of its requirements and discretionary factors. The important thing is that it exists, and it is U.S. policy to encourage its use. So, remember to ask your U.S. counsel about it while there is time in your proceeding to make use of it. 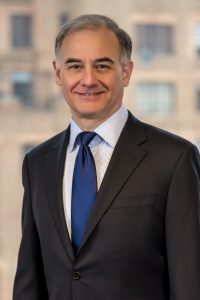 Ted Semaya is a principal in Offit Kurman’s Commercial Litigation Practice Group. He devises strategies for complex and international business disputes designed to achieve a client’s business objectives. Mr. Semaya counsels and represents U.S. and non-U.S.-based businesses from startups to the world’s largest and individuals in a range of business, corporate and commercial matters. He also advises on international contracts, dispute resolution strategies, and legal risk management.