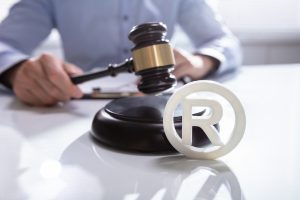 Understandably, most of the focus of the Consolidated Appropriations Act has been on the COVID-19 relief provisions. However, the bill includes over 3,000 pages of other legislation, much of it not related to COVID. The bill includes changes to intellectual property law, including the Trademark Modernization Act of 2020. Here are some of the changes to trademark law and procedure now that the bill has been signed into law:

1. Third Parties May File Petitions for Expungement or Reexamination. The biggest change to the current U.S. Patent and Trademark Office (USPTO) procedure is the new provision for ex parte expungement petitions against registrations for trademarks that have never been used. Designed primarily to help combat the large number of fraudulent applications claiming use where none exists (with many such applications coming in from Chinese applicants), the Act provides that a third party may seek expungement of registration by conducting a reasonable investigation and submitting evidence that the trademark has never been used in commerce in connection with the goods and services in a registration. A third party may also petition for expungement in connection with just some of the goods/services. The Act specifically notes that the registrant’s evidence of use is not subject to the stringent rules applied to the submissions of use specimens in the application process. Also, a registrant from outside the U.S. who obtained the registration based on a home country registration or via the International Registration process may present evidence of excusable non-use to avoid the expungement. The USPTO’s Director of Trademarks may also bring an action for expungement if the Director discovers that a trademark has never been used.

The Act also includes a provision for an ex parte petition for reexamination. A third party may seek reexamination of a registration if the party submits evidence that a reasonable investigation shows that a trademark was not actually in use at the time of filing if based on actual use, or at the time that the applicant claimed use. The main differences between expungement and reexamination are (a) expungement is for cases in which a mark has never been used, whereas reexamination is for cases in which the mark was not in use at the time that the use was claimed (though it could have been put into use later), and (b) a petition for reexamination must be filed within five years of issuance of a registration.

3. Time Periods for Responses May be Shorter but Extendable. Currently, when the USPTO issues an Office Action refusing registration or requiring further information or action, the applicant has six months to respond. The new Act permits the USPTO to set shorter response periods, which will be extendable to a total of six months. The USPTO is authorized to charge a fee for the extension.

The USPTO has one year to implement this legislation.  We will continue to follow and will bring you updates as the Act is implemented.  Meanwhile, if you have any questions or want to discuss trademark or other IP matters, please contact me,  Laura Winston, at lwinston@offitkurman.com or 347.589.8536. 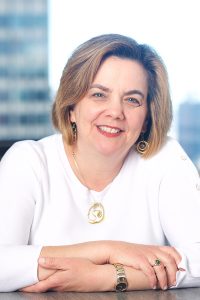 Laura J. Winston is a principal in the firm’s intellectual property group. Ms. Winston focuses her law practice primarily in the areas of trademarks, copyrights and the internet, representing a broad range of clients from individual business owners and small startup ventures to established Fortune 500 and publicly-traded companies both domestically and abroad. Ms. Winston practiced both at large firms and specialized intellectual property firms, before co-founding an intellectual property boutique firm. Her industry experience covers various industries as diverse as pharmaceuticals and medical devices, print and online publishing, computer-related goods and services, alternative energy, and travel and transportation.

Offit Kurman is one of the fastest-growing, full-service law firms in the United States. With over 230 attorneys offering a comprehensive range of services in virtually every legal category, the firm is well-positioned to meet dynamic businesses’ needs and the people who own and operate them. Our offices serve individual and corporate clients in South Carolina, North Carolina, Virginia, Washington, DC, Maryland, Delaware, Pennsylvania, New Jersey, and New York.

At Offit Kurman, we are our clients’ most trusted legal advisors, professionals who help maximize and protect business value, and personal wealth. In every interaction, we consistently maintain our clients’ confidence by remaining focused on furthering their objectives and efficiently achieving their goals. Offit Kurman represents its clients the better way.

Whatever and wherever your industry, Offit Kurman is the better way to protect your business, preserve your family’s wealth, and resolve your most challenging legal conflicts. At Offit Kurman, we distinguish ourselves by the quality and breadth of our legal services — as well as our unique operational structure, which encourages a culture of collaboration and entrepreneurialism. The same approach that makes our firm attractive to legal practitioners also gives clients access to experienced counsel in every area of the law.