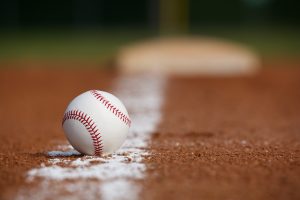 Many people are not surprised by the recent decision of Cleveland’s MLB franchise to drop the name “Indians” as the team’s moniker. In 2019, the team phased out its caricaturesque Chief Wahoo design logo in favor of a capital letter C.  Earlier this year, the NFL’s Washington Football Team made a similar decision to drop the Redskins as its team name. Because 2020 has been arguably the most disruptive year in decades, this decision to rebrand Cleveland’s team name will not attract the level of analysis it would have received in prior years.  Nevertheless, this event triggers several important questions regarding how the decision was made and what it means.  Questions to be answered regarding Cleveland’s decision include:

Why Was This Decision Made Now?

In 2017, the Supreme Court declared as unconstitutional Section 2(a) of the Lanham Act, which previously authorized the USPTO to refuse to register a trademark or cancel a registration for a trademark that disparages a substantial percentage of a distinct racial, ethnic, religious or political group.  This ruling was a huge legal victory for the owners of marks that distinct groups find offensive, including team names that disparage Native Americans. If politically insensitive terms are now legally enforceable as trademarks, why was the team name changed in 2020 after many decades of controversy? In fact, Cleveland’s team name was the Indians since 1915. One possible explanation for why the team acted now is that a larger number of consumers and corporate sponsors recently increased their efforts to demand a change.  It is reported that the Washington Football Team changed its name in large part due to pressure from its corporate sponsors, such as FedEx, Pepsi and Bank of America.  Team owners in Cleveland either felt similar pressure or expected to receive such “encouragement” from sponsors and fans in the near future. In addition, Cleveland’s new name change can be viewed as an extension of the team’s recent efforts to phase out the Chief Wahoo logo, which occurred during the past several years.

What Factors Should Be Considered For The New Team Name?

Unlike the Washington Football Team (which is playing with no team name for a transition period of indefinite duration), Cleveland’s baseball team will retain the Indians name and uniforms for the 2021 season while they consider ideas for a new team name. A rebranding of this magnitude will involve many extensive changes to signage, uniforms, merchandise, tickets, and contracts governing the related intellectual property rights of the team and its sponsors. The team should conduct a thorough due diligence process to consider new name choices that: (1) honor the team and city’s history: (2) resonate well with most or all the team’s stakeholders; (3) are not confusingly similar with other professional baseball teams or federally registered marks; and (4) are likely to endure as a protectable and strong brand for an indefinite period of time.  The team’s owners might decide to select as the club’s new name one of the team’s former names (Blues, Broncos or Naps) or a name associated with the Rock ‘N Roll Hall of Fame, which is located in Cleveland. The due diligence and registration process for protecting a new team name will likely take more than a year so it seems ambitious to believe a properly vetted and protected new name will be in place for the 2022 season.

Is This Decision Part Of A Larger Trend?

The decision to drop the Redskins and Indians team names comes in the same year that Quaker Oats dropped the Aunt Jemima brand (introduced in 1889) and Uncle Ben’s rice was rebranded as Ben’s OriginalTM rice. Other professional sports teams with Native American-related names, such as the Kansas City Chiefs, the Atlanta Braves, and the Chicago Blackhawks, recently stated that they will not be changing their team names. Each team should conduct its own analysis of whether the team’s name, logo, and nicknames are offensive to the team’s stakeholders, regardless of the fact that the law permits the team to use and register marks that groups of people may find offensive. Learning from the recent experiences in Washington and Cleveland, teams or companies considering a rebrand would benefit from researching several potential new brands before abandoning their current name, in order to avoid the need to rebrand twice or endure an expensive and difficult transition period.

If you want to discuss this issue or any other intellectual property topic, feel free to contact me.

Offit Kurman is one of the fastest-growing, full-service law firms in the United States. With over 230 attorneys offering a comprehensive range of services in virtually every legal category, the firm is well-positioned to meet dynamic businesses’ needs and the people who own and operate them. Our offices serve individual and corporate clients in South Carolina, North Carolina, Virginia, Washington, DC, Maryland, Delaware, Pennsylvania, New Jersey, and New York.

At Offit Kurman, we are our clients’ most trusted legal advisors, professionals who help maximize and protect business value, and personal wealth. In every interaction, we consistently maintain our clients’ confidence by remaining focused on furthering their objectives and efficiently achieving their goals. Offit Kurman represents its clients the better way.

Whatever and wherever your industry, Offit Kurman is the better way to protect your business, preserve your family’s wealth, and resolve your most challenging legal conflicts. At Offit Kurman, we distinguish ourselves by the quality and breadth of our legal services — as well as our unique operational structure, which encourages a culture of collaboration and entrepreneurialism. The same approach that makes our firm attractive to legal practitioners also gives clients access to experienced counsel in every area of the law.