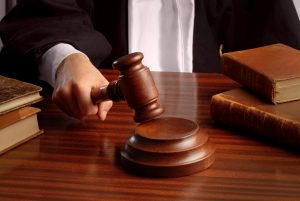 As 2020 draws to a close and winter sets in, there’s still a ray of sunshine for many employers in the first quarter of 2021 and beyond. That’s because The U.S. Department of Labor (DOL) has announced that it will comply with a new U.S. District Court order ruling in the case of U.S. Chamber of Commerce et al. v. DHS (20-cv-07331).

The ruling by the U.S. District Court for the Northern District of California in early December set aside two new immigration regulations that had been promulgated and fast-tracked by both the Department of Labor (DOL) and Homeland Security (DHS) in early October of 2020. Ruling on summary judgment, the court found that the agencies violated the Administrative Procedure Act and, in doing so, created significant and immediate increases in prevailing wage rates for foreign workers, which in some instances tripled the minimum wage rates for certain occupations in specific locations.

Each agency had its own agenda but hoped to achieve similar results. The DOL rule restructured the prevailing wage system for H-1B, E-3, H-1B1 nonimmigrant cases, and the PERM labor certification program, which significantly increased the current government’s prevailing wage minimums for foreign professional workers. The companion DHS rule, which had been set to go into effect on December 7, 2020, would have imposed stricter eligibility criteria for H-1B specialty occupations and placed new restrictions on the placement of H-1B workers at third-party worksites, among other changes.

Both agencies had justified the expedited review and immediate implementation of the rules on the basis that they were required to support U.S. workers amid the unprecedented economical impact of the COVID-19 pandemic.

However, the recent court ruling brought these changes to a standstill.  The court’s decision comes in response to a lawsuit filed by the U.S. Chamber of Commerce, the National Association of Manufacturers, and other trade groups and universities targeting employment-based immigration in general and the H-1B program in particular.

This court order, issued on December 1, 2020, is effective nationwide. In response, the Department of Labor said it would comply and issue revised wage rates at levels that reflect what they were before these new rates went into effect back in October 2020.

But with the federal government appealing this decision, and with a new administration set to take over the third week of January, this is obviously a very fluid situation. Offit Kurman will continue to monitor what is occurring, and employers should consult with us for guidance and advice on their individual situations and specific wage rates as it pertains to their businesses.