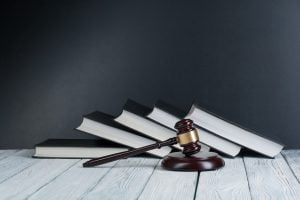 While New York was justifiably preoccupied with the COVID pandemic, its Governor quietly signed into law a groundbreaking amendment to that portion of the state’s divorce law governing the distribution of marital property, directing that the Court, in determining the equitable distribution of property, must now consider “whether either party has committed an act or acts of domestic violence …  against the other party and the nature, extent, duration, and impact of such act or acts.” (2020 NY Senate-Assembly Bill S-7505-B, A-9505-B; New York Domestic Relations Law §236B(5)(d)(14), (as amended)).

In New York, marital property is not automatically divided equally. Rather, the division of property is undertaken so as to ensure that there is an “equitable distribution,”  based on an enumerated set of factors.[i]

A Court has great flexibility in fashioning an equitable distribution of marital assets subject to the fourteen (now fifteen) enumerated factors set forth in DRL § 236 (B)(5)(d)[ii], which include the: income and property of each party; length of the marriage; age and health of the parties; (any) support award; contributions, whether good or bad, to the acquisition of marital property; future financial circumstances of each party; and the wasteful dissipation of assets.

Prior to the law’s amendment, the 14th and final factor was the universal legal catchall of “any other factor which the Court shall expressly find to be just and proper.” This 14th factor was rarely used by the Courts to include domestic violence in the consideration of the division of marital property.

Courts have long been wary, indeed at times dismissive of the existence of domestic violence as a factor to be considered in influencing equitable distribution. This has been especially true since 2010, the year New York became a “No Fault” state – no longer requiring that one of six grounds of fault be proven before a divorce would be granted.

As a result of no-fault divorce, the use of the one enumerated ground for divorce which permitted a party to interpose allegations of domestic violence, coercive control, physical and emotional cruelty in all forms, collectively referred to as “cruel and inhuman treatment” [iii] —  has virtually vanished.[iv]

Cases speaking to and utilizing noneconomic marital fault as a consideration in the division of marital property i.e., cruel and inhuman treatment — have been generally held to a standard wherein the Court determined that the abusive behavior was shocking to the conscience of the Court, i.e.,  “egregious or outrageous” — though those terms were never defined with any specificity.[v]

Essentially, if the act or acts of domestic violence proffered to a Court did not rise to that particular Judge’s individual interpretation of egregious or outrageous conduct, then the act or acts were not considered in the context of DRL §236B.

Now, however, with the amendment of Domestic Relations Law §236B(5)(d)(14), judges must include in their determinations of the equitable distribution of marital property all acts of domestic violence, in all of their iterations. Domestic violence as a consideration is no longer “left to the fates.” Rather, its existence is a specific factor that the Courts are required to confront, address and measure in their apportionment of marital assets.

[iii] DRL 170(1): Cruel and inhuman treatment such that the conduct of the defendant so endangers the physical or mental wellbeing of the plaintiff as renders it unsafe or improper to cohabit with the defendant.

[iv] Though it remains a viable ground for divorce, as do the other previously existing grounds for divorce.

Bettina D. Hindin is an accomplished and experienced matrimonial litigator, recognized for her skill and expertise in the investigation and analysis of the complex financial issues that arise in matrimonial, domestic relations and LGBT matters. She is an acknowledged expert in the field and has appeared often as a commentator on these issues for MSNBC and CNN.