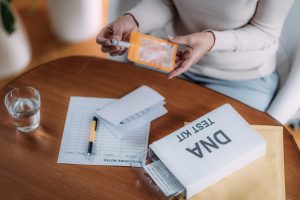 With the holidays just around the corner, the advertisements for the home DNA test kits are everywhere: For only $99, give the gift of your family tree!  In fact, a local restaurateur told me recently that one night he had two separate tables of families “meeting” both for the first time, after receiving their DNA results from one of these kits. Suffice it to say, the direct-to-consumer DNA test kits are adding an element of surprise to many family gatherings. Finding out about a long-lost half-sibling can be great news (or startling news,) but it can also throw an estate plan into chaos.

In New York, as in many jurisdictions, estate planning attorneys like myself draft estate planning documents such as Wills and Trusts with language referring to one’s “issue”. In the legal world, a person’s issue is defined as children, grandchildren, and their lineal descendants – in short, the genetic line. Using a term like “issue” is common in estate planning documents so that a person’s lineal heirs are covered in one’s estate plan, even in the event of an untimely death of a younger-generation family member. For example, I might draft a Will that states: “I leave my entire estate to my surviving issue” – which in laymen’s terms means: I leave everything to my children and lineal descendants.

Now, suppose your father, who was married to your mother for his adult life, fathered a child unbeknownst to him with someone other than your mother. You are contacted by this child via one of these genetic testing sites and told that you have been identified as their sibling through your father’s bloodline. In the meantime, your father dies with a Will that leaves his estate to his “issue”.  Does this newly discovered sibling factor into your father’s estate plan? You bet he might.

The path to prove heirship to a decedent in New York is often complicated and rarely direct. If Dad knew about the child and openly acknowledged his relationship, then it would be much easier.  In these cases, the New York Courts have accepted an “openly acknowledged” child outside of a marriage as an heir, even without genetic testing. In the example of an “unknown” heir or a child that was never acknowledged, the court most often requires DNA testing to prove heirship, along with other evidence to prove the relationship. So far in New York, the courts have not accepted a self-administered DNA test as independently sufficient to prove heirship. Further DNA testing is required by an approved DNA testing lab to meet the New York standard.

However, what is important to note is that an unknown heir obtaining information from a DNA home test kit, might be enough to convince a court to take a harder look at who are the children of the decedent. Preliminarily the results from a home DNA test kit could provide that child enough standing to halt any distribution of the estate until the matter can be further investigated and the child is provided an opportunity to prove his relation.

As sophisticated science becomes more available to the general public, the law will inevitably change to accommodate the accessibility of this information, particularly as it relates to estate planning.  So, if you find a DNA testing kit under the tree this year resulting in a surprise branch of your family tree, it might be important for you to meet with an estate planning attorney. 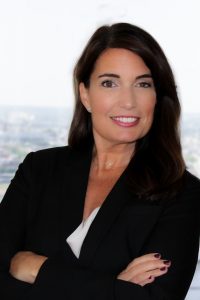