How New York Can Be a Center for International Franchising

November 5, 2020|Tom Pitegoff|Comments Off on How New York Can Be a Center for International Franchising 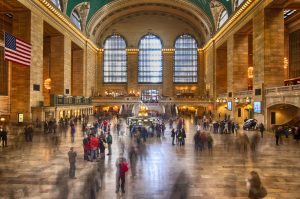 The NYFSA was enacted in 1981 and has never been amended. But with just two changes in the law, New York can break through this impediment and become a magnet for international franchising.

These changes in New York law need not strip the Department of Law, also known as the Attorney General’s Office, from jurisdiction over outbound and inbound international transactions through the anti-fraud provisions under the NYFSA.

The sale of franchises in the U.S. is regulated by federal and state laws. The Federal Trade Commission (FTC), through its trade regulation rule on franchising (FTC Rule), requires franchisors throughout the U.S. to make detailed written disclosures to each franchise buyer before the buyer signs the franchise agreement or makes any payment to the franchisor. These disclosures must be in the prescribed format called a “franchise disclosure document” or FDD.

Preparation of the FDD is a detailed and time-consuming process. Among other things, the FDD must include the franchisor’s audited financial statements. Franchise registration in New York entails the Department of Law’s review of the FDD for compliance and possible revisions. This review process commonly takes weeks to complete, following weeks spent preparing the FDD.