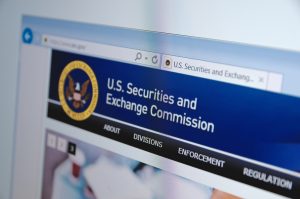 Companies raising capital in private placements rely upon an exemption from registration, with one of the most popular being found in Rule 506 of Regulation D.  The Securities and Exchange Commission (SEC) estimated that approximately 90% to 95% percent of all Regulation D offerings in 2012 were made under Rule 506.  Private placements are often done pursuant to Rule 506 because of the unlimited amount that can be raised from investors and the corresponding exemption from states’ securities laws (or “blue sky” laws) provided certain requirements are met.  And, private placements made under Rule 506(b) can be done relatively quickly and cost-effectively provided that the company only offers its securities to accredited investors and does not engage in any general solicitation.  But this valuable exemption from registration is not available to those companies that are “bad actors”.

The “bad actor” disqualification is found in Rule 506(d), which was adopted by the SEC in September 2014 in connection with the Dodd-Frank Wall Street Reform and Consumer Protection Act.  Under Rule 506(d), an issuer is a “bad actor” and disqualified from relying on an exemption from registration under Rule 506 if the issuer or certain “covered persons” related to the issuer was convicted of certain felonies and misdemeanors related to U.S. state and federal securities fraud and certain other laws known as “disqualifying events”.  Since the changes to Rule 506 were adopted on September 23, 2013, only those disqualifying events that occurred on or after such date will disqualify an issuer from relying upon Rule 506.  However, an issuer must comply with the disclosure provisions of Rule 506(e) and disclose any disqualifying events that occurred prior to such date.  Similarly, if a disqualifying event occurs during an offering, then sales made prior to such a disqualifying event would be exempt under Rule 506 but sales made after such an event would not.

Under Rule 506(d)(1) the following is a list of the potential bad actors:

The list of covered persons makes clear that the universe of potential bad actors that could disqualify a company from relying on an exemption under Rule 506 is much more extensive than the company itself and its officers and directors, and the list of disqualifying events is beyond.  And, prior to selling any securities under Rule 506, the burden is on the company, who will have to certify on the Form D filed in connection with such sale that is not disqualified under Rule 506(d), to ensure that neither it nor any of its covered persons have been convicted of a disqualifying event prior to September 23, 2012 (or if prior to such date, has disclosed such event to investors).  While a company that is disqualified under Rule 506(d) may be able to seek a waiver under certain circumstances, such a waiver is not guaranteed and would cause a delay in the closing of the private placement.

What can a company do to ensure that it is not disqualified?  There are several steps that a company can take, including, among other things:

No system, however, is foolproof. Even after making a factual inquiry and taking various prophylactic steps, a company could later discover that a covered person with a disqualifying event participated in the sale.  Rule 506(d)(2)(iv) sets forth a “reasonable care” exception for cases in which a company did not know, and could not have known, about the facts giving rise to its disqualification.  The “reasonable care” exception is very specific to the facts and circumstances and requires that if a company has any reason to question the veracity of any responses that the company takes additional steps to be reasonably sure that no disqualifying event has occurred.

If a bad actor participates in a company’s private placement, the consequences could be devastating.  Companies should take care in ensuring that they are not disqualified under Rule 506(d) not just when considering a private placement but also as part of its ongoing corporate governance.