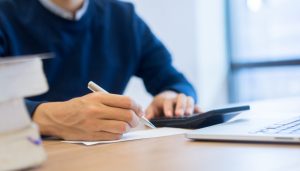 Late Friday, August 28, the Treasury Department issued anticipated guidance on the August 8 Executive Order (“Order”) that established a “payroll tax holiday” intended to benefit employees. Briefly, the payroll tax holiday was intended to encourage employers to cease withholding taxes that are otherwise retained from an employee’s paycheck for the period from September 1 through December 31 and allow those funds to remain in the employee’s paycheck. The effect would be to increase the employee’s take-home pay until the end of the year. This only applied a) to employees with an annualized salary of less than $104,000, and b) to those employees’ portion of the Medicare and social security tax. However, the Order placed employers in the precarious position of choosing between not withholding the taxes and later being liable for the amounts or continuing to withhold the taxes in contravention of the Order. The Treasury Department has now issued Notice 2020-65, which directs that employers will be required to remit to the IRS between January 1, 2021 and April 30, 2021 all amounts that would otherwise have been withheld from employee paychecks from September 1 through December 31.

During the interim period between August 8 and August 28, the White House and Treasury debated the implementation of the Order. The President’s position was that employers should be responsible for repayment of the employees’ portion of the Medicare and social security tax, while Treasury observed that in addition to the employer’s responsibility, “if necessary, the Affected Taxpayer [the employer] may make arrangements to otherwise collect the total Applicable Taxes from the employee.”

Now the Treasury’s instruction appears to provide a solution to not withhold until the end of the year, then withhold at a double-rate between January 1 and April 30. Clearly, such a tactic could result in greater hardship to the employees. The Order targets workers who are identified as needing assistance immediately but whipsaws those same workers and their families into a large financial burden in the beginning of next year.

It is notable that the Notice is non-binding and employers are free to determine whether to follow the guidance. Most employers are expected to elect out of participation in Treasury’s proposal in order to avoid the logistical issues of implementing the four-month non-withholding aberration into their payroll systems as well as another four-month aberration to double-withhold. Further, maintaining the status quo will ensure that the employer – who is ultimately liable to the IRS for the taxes – does not have to claw back the taxes from employees in 2021. However, the coming weeks will show whether the IRS will continue to operate its Electronic Federal Taxpayer System (EFTPS) to permit those deposits.

Ultimately, Treasury’s Notice clearly quashes earlier hopes that the tax liabilities would eventually be forgiven. The Order instructed the Secretary of the Treasury to “explore avenues, including legislation, to eliminate the obligation to pay the taxes deferred.” The Order’s authority to eliminate the liability altogether was dubious in the first place, and this recent Notice affirms that no such elimination appears likely.

If you have any questions about this or any other legal matter, please contact us.