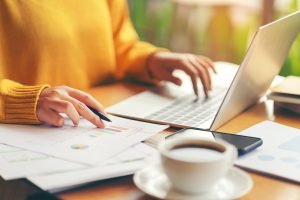 The first three parts of this Article introduced Serial LLCs – a relatively new form of business entity structured to operate multiple businesses in subordinate “protected series” (sometimes “protected series” or “series”) with the ability to partition ownership of assets and exposure to liabilities among the Series LLC and its single or various protected series to achieve the primary purposes of (1) creating separate series as entities between or among which liability shields can exist to protect the parent Series LLC and each protected series and their respective assets, members and managers from exposure to liability from the others, and (2) to minimize legal, accounting, and recording fees that might otherwise accrue when creating separate single or multi-member LLCs underneath a parent LLC.  Parts I, II, and III were attempts to briefly describe how Series LLCs work, how they are the same and differ in essential respects from state to state,  and to address the challenges still facing Series LLCs before they gain universal utility.  This Part IV introduces the new Virginia Uniform Protected Series Act (the “Virginia Act”) which is effective July 1, 2020.

As mentioned in the earlier parts of this Article, the new Virginia statute embraces the approach to organizing and operating Series LLCs set forth in the Uniform Protected Series Act (the “Uniform Act”) promulgated by NCUSSL in 2017.  It is one of four Series LLC Uniform Act statutes among those Series LLC statutes adopted by eighteen states, the District of Columbia and Puerto Rico.

Prior to the promulgation of the Uniform Act, the statutes that had been adopted varied in many respects generally discussed in Part II, including sharing some fundamental requirements, and containing many differences which may be significant, requiring that the applicable state statute be thoroughly studied, and distinctions understood and regarded lest the Series LLC and its protected series not enjoy the intended benefits afforded by the enabling statute if the Series LLC deviates from the requirements of the statute.

Parts II and III generally discussed common difficulties in employing Series LLCs due to statutory language not dovetailing with existing LLC statutes regarding some organizational and operational issues, or lacking clarity regarding the application of certain provisions of the state’s Series LLC statute, particularly in the context of Series LLCs and their protected series doing business in the majority of states which have not adopted Series LLC statutes or have adopted statutes with different organizational and operational provisions.

The Virginia Act, by incorporating aspects of the Unified Act intended to settle concerns with whether a protected series is a “person” for purposes of the UCC Article 9 and the Bankruptcy Code and to establish clear internal liability shields among assets and members, is much less restricted by the uncertainty generated by Series LLC enabling statutes of the early adopters of Series LLCs.

The Series LLC will certainly evolve as a more popular alternative form of a business entity over the years as more states adopt enabling legislation and the early-adopting states amend their statutes to emulate the Uniform Act.  As stated in Part I, it will very likely be the choice for many businesses, such as real estate development, home building, professional businesses, manufacturing, distribution; investment companies, or franchise businesses, with multiple operations and related assets where multiple owners have different interests in the business or in different operations of the business and wish to simplify the legal structure and protect each business and its assets from liabilities of the others.