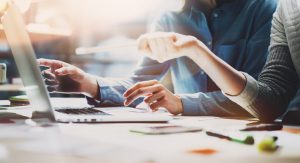 The uncertainty surrounding issues arising with an existing traditional LLC statute being amended to recognize protected serial LLCs would not be as prevalent with Series LLCs created in states adopting the Uniform Act as a complete self-sufficient enabling statute.  In any event, drafting the organization documents of any Series LLC is more complex than is required with a traditional LLC. The LLC agreement  (the operating agreement of the Series LLC) should address those situations where there may be conflicts with the state’s existing traditional LLC statute and diverse statutes of states where the Series LLC may qualify to do business as well as states without a Series LLC statute.  In addition, there are other legal areas to consider in organizing and operating Series LLCs, including:

Part II of this Article briefly addressed the Proposed Series LLC Regulations published September 2010 (Reg-119921-09) that settled uncertainty in the treatment of Series LLCs and their series for federal income tax purposes.  Under the Proposed Regulations (which remain in effect), Series LLCs are considered tax reporting entities with respect to assets, liabilities, and all business activity other than the activity of its series with an associated member other than the Series LLC. Each series of the Series LLC with multiple associated members is considered a separate income tax reporting entity with respect to its assets, obligations, and activities, and each associated member of a series is considered an owner of the series.

However, the employment tax treatment of Series LLCs and their series is unsettled and there are other state tax differences that will apply and challenge tax planners when representing Series LLCs.

Lenders have expressed concerns that series organized under Series LLCs in many states do not meet the definition of “debtor” under UCC Article 9 as adopted in many states. There is also concern that, even if a Series LLC and its series are “entities” under federal income tax law, some states permit assets held by the Series LLC or series to be held in various ways.  Delaware, for instance, permits assets to be held either in the name of the Series LLC, in its series, by a nominee or otherwise.  Even if series have the power to sue and be sued and may be viewed as legal entities under the enabling legislation of their state of organization, such series may not be viewed as legal entities in states that have not adopted Series LLC legislation expressly permitting the same powers.

It is uncertain whether series would be treated as legal entities with the power to sue and be sued in most jurisdictions that have not adopted Series LLC enabling statutes or other legislation expressly permitting series to sue or be sued. Lenders and other plaintiffs may have to sue the parent Series LLC.  Even among the states with Series LLC enabling statutes, some provide that the election may be made under the articles of organization of the Series LLC that the series must be treated as a separate entity “to the extent stated”, but do not clarify whether they would be treated as a separate entity for all legal purposes or only as expressly stated.  Other states’ Series LLC enabling statutes do not provide the election in the articles of organization to treat series as entities.  Many of the statutes that give the series power to contract and to sue and be sued in their own name imply that the series are legal entities, but there is much room for argument which leads lenders to be concerned about the effect of their UCC Article 9 filings securing their loans.

The Series LLC statute of each state must be analyzed to determine if bankruptcy courts are likely to entertain a petition filed by a series independent of the Series LLC or if the series’ assets may be swept up in the bankruptcy of its Series LLC.

The internal liability shields of Series LLCs established under statutes adopting their enabling statutes in the form of the  Uniform Act are less likely to disregarded.  Some states’ statutes are not entirely clear in establishing that only unassociated assets are subject to claims against the Series LLC or its series.  This becomes more of an issue where a series does business outside the state of organization, especially if such other state does not have an  LLC statute.

The foregoing discussion is a simplistic effort to explain issues that cannot be detailed in this Article.  Suffice it to say until more states adopt Series LLC statutes and the law governing Series LLCs and their series evolves, it is necessary to be vigilant in having such entities engage in cross border business.  When drafting organizational documents for a Series LCC and series it is prudent to include in the Articles of Organization or Operating Agreement, depending on the applicable statute and desire that the provisions not be amended or deleted, the prohibition against doing business in other states or the requirement for a supermajority vote of owners to approve the decision.  At the same time, if ownership of the Series LLC and its series is in the same hands and the same proportion, the application of the law of other states may not generate a different outcome.

Part IV of this Article will examine the new Virginia Series LLC enabling statute which goes into effect this month.

If you have any questions about Series LLCs, please reach out to Tom Hicks at thicks@offitkurman.com or 703.745.1846.