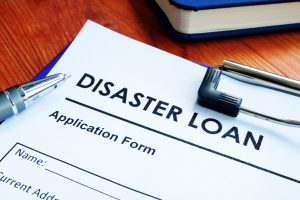 The two key financial provisions of the Act designed to help businesses and put employees back to work were the Payroll Protection Program (PPP) loans and the Economic Injury Disaster Loan (EIDL) program.

The PPP loans were irresistible –open to every business that applied, no underwriting hoops, and not only cheap at 1% interest but actually FREE because, if used for payroll and designated other expenses, the loans would be totally forgivable.  Even though it was not clear how non-essential businesses could bring back workers while the national lockdown kept the doors closed, applications flooded in and the initial $350 billion of PPP money approved by Congress went fast. Then came the questions. By late April, revelations that major businesses (Los Angeles Lakers, Shake Shack, Ruth’s Chris) had received millions of PPP money resulted in enough embarrassment to cause Treasury Secretary Mnuchin to warn of audits and criminal prosecution if PPP loan recipients had misrepresented their financial “need” in their loan applications, a term not defined in the legislation. This caused a wave of businesses to return their loan money by the May 14th safe harbor deadline.

The second loan program under CARES, the EIDL program was designed to provide additional financial assistance to small businesses through  SBA-supervised loans, originally up to $2 million, at a low 3.75% annual interest rate. Unlike the PPP loans, however, they were subject to full underwriting criteria, within the discretion of the SBA in conjunction with the lending institution through which the application was submitted. That meant that the applicant’s financial statements, available collateral, and supporting personal guaranties by the business owner were all in play. Not surprisingly, many applications were rejected for unspecified reasons.  And, at the beginning of May, the SBA announced that the maximum borrowing amount for EIDL loans henceforth would be $150,000, and applications would be limited only to agricultural businesses.

Now approaching three months after CARES enactment, many unresolved questions are being asked by businesses about these loan programs and they are being addressed by members of our firm daily. 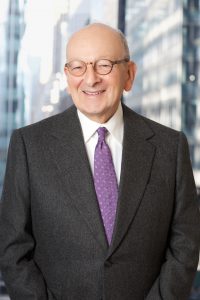 Stuart B. Newman has been engaged in corporate and securities practice for over forty years, focusing on corporate law, private equity transactions, mergers and acquisitions, and capital formation through public offerings and private placements.

Stuart studies his clients’ businesses thoroughly and has made valuable contributions on a broad range of business topics such as joint ventures, product development, finance, investment banking, marketing, and personnel. He has served as a director on the boards of both publicly-traded and privately held companies, contributing his unique combination of business acumen and broad legal experience.