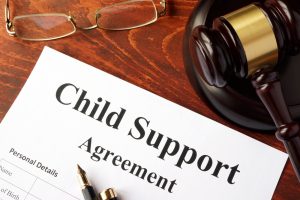 The new legislation turns the cliff into gentle stairsteps. Under the new framework, there are three tiers, namely: (1) one parent has the children for 91 overnights or less; (2) one parent has the children between 92 and 109 overnights; (3) both parents have the children for at least 110 overnights.  For the second and third tiers, the child support obligation of a parent is adjusted incrementally downward as the amount of time that the children spend with the parent increases.  If Governor Hogan does not veto the legislation, it will take effect as of October 1, 2020, and will apply to cases filed after October 1, 2020.  An experienced family lawyer can help you evaluate the potential impact of the new legislation on your case and whether it should affect when you file your complaint if you are filing without an agreement.

If you have questions about this or any other Family Law issue please contact Catherine H. “Kate” McQueen at (240) 507-1718 or  kmcqueen@offitkurman.com.

Catherine H. “Kate” McQueen is a family lawyer and principal in Offit Kurman’s Bethesda office and is licensed to practice in Maryland, Virginia, and the District of Columbia. Ms. McQueen focuses her practice on the many legal issues that impact families, including all the issues arising out of a divorce, such as custody, child support, alimony, and other financial and property issues. She also has extensive experience in guardianship matters for children and incapacitated adults, including assisting clients in petitioning for guardianship, serving as court-appointed counsel for alleged disabled persons, and serving as court-appointed guardian for individuals when their family members or friends are unwilling or unable to do so.