A Review of New Domestic Relations Laws in Virginia Due to Take Effect July 1, 2020 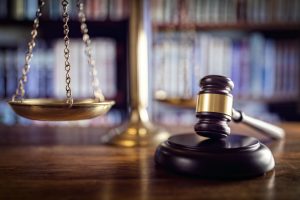 The Virginia Legislature just wrapped up its 2020 legislative session.  It was such a productive legislative session that it’s difficult to say which bills are the most important.  There are several bills that passed both chambers of the legislature and are going to become law on July 1st. Attorneys that practice in Virginia Courts should be aware of:

One notable bill, SB428, provides that child support can now be ordered payable by the Court as part of an initial support order where it is commenced within six months of the birth of the child.  This language is now added to Va. Code as Sec. 20-108.2.D1.  Previously the right to seek payment for unreimbursed pregnancy was only available in a paternity case and not in a child support case.  Consistent with this code section, the Court can order that the parents pay for these costs in proportion to their gross income for reasonable and necessary unpaid expenses of the mother’s pregnancy and the delivery of the child.

Another bill that passed, SB429, allows for withholding of income for child support from independent contractors. Until now, wage withholding for someone who owes child support could only be enacted when the payor was a W-2 employee.  For example,  Lyft or Uber driver or is a real estate agent could not have his or her income withheld by an income deduction order.  Virginia has, at last report, over $3 billion dollars outstanding in unpaid child support.  This bill will help collect child support that previously was difficult to garnish from independent contractors.

Senate Bill SB432 made a significant change in evidence required to prove a material change in circumstances when the court had previously awarded a reservation of the right to seek spousal support in the future. Now, unless otherwise provided by stipulation or contract, or unless otherwise or ordered by the court, the party seeking to exercise a reservation of the right to spousal support must prove that a material change of circumstances has occurred since the entry of the last Order when asking the court to consider imposing an order of spousal support.

The one bill that probably has the most profound effect on divorce cases that actually go to trial, is the change in a witness’ right to claim a 5th amendment privilege against self-incrimination on the issue of adultery.  Although there are admittedly few cases that actually go to trial on this issue; for those that do,  SB433 allows the Judge to draw a negative or adverse inference where the witness refuses to answer questions regarding adultery on the grounds that such testimony might be self‐incriminating.  This change brings Virginia law into compliance with the laws of nearly every other state and with federal law on a 5th amendment privilege claim against self-incrimination on the grounds of adultery.  While Virginia has still not decriminalized adultery (it is still a Class 4 misdemeanor with a maximum fine of $250), the Judge can now take an adverse inference against a party who takes the 5th amendment in any issue in a divorce proceeding whether it is on grounds of divorce, child support or custody.  This change eliminates a substantial obstacle in the burden of proof in adultery cases and may help the settlement of cases where adultery is alleged as the basis for the divorce.

For practitioners who are active in the Virginia Juvenile and Domestic Relations District Court, the law on an award attorney’s fees previously only allowed fees to be assessed against the party with the greater income.  This anomaly was fixed by SB451 which now permits a Juvenile and Domestic Relations District Court judge to take all relevant factors into consideration, including the relative financial ability of the parties, when awarding attorney fees and costs.  Previously, the aggrieved party who should have under any other circumstances been entitled to attorney’s fees and costs was barred from receiving them if he or she made more money than the offending spouse or other parties.

Finally, HB1501 removed the requirement of “magic language” in settlement agreements or contracts whether spousal support is or is not modifiable. As the drafter of the agreement, you no longer have to use a specific phrase to accomplish this objective although you will still want to be as clear as possible in order to avoid confusion and litigation over the issue.  As a practitioner, this “fix” to VA Code Sec. 20-109.1 removes a potential malpractice trap.  The statutory change applies to an agreement executed on or after July 1, 2018.  A stipulation or contract now needs only to expressly state that the amount or duration of spousal support is or is not modifiable. 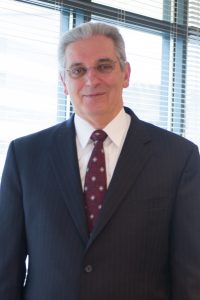 Richard A. Gray focuses his practice on Family Law. Drawing on his undergraduate and graduate degrees in psychology, Richard is sensitive to how these feelings can affect important decisions that a client is trying to make.  Knowing that divorce cannot change the past he directs his clients to the future and helps families rebuild their lives with dignity and emotional stability.  Rather than spending unnecessary resources prolonging conflict, Richard works with clients to find solutions for moving forward and maintaining civility with each other, especially for the sake of children.