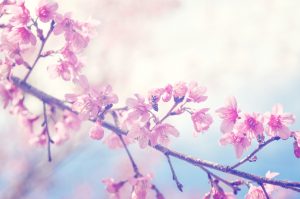 This year, like most years, Easter and Passover fall in April.  This year, unlike most years, the Muslim holiday of Ramadan starts in April.  The Constitution has nothing to say about any of these holidays, or even any of the religions pursuant to which these holidays are celebrated, but incorporates the separation of church and state doctrine under which every person may practice his or her religion, and celebrate all of its holidays, without fear of interference by the government.

Something many people do not realize is that the words ‟separation of church and state” appear nowhere in the Constitution or any of its 27 Amendments.  Those words are a loose paraphrase from a letter written by Thomas Jefferson more than a decade after the ratification of the Bill of Rights in which he wrote that the First Amendment’s injunction against any law respecting an establishment of religion, or prohibiting the free exercise thereof creates ‟a wall of separation between Church & State.”   Subsequent U.S. Supreme Court cases have effectively codified Jefferson’s metaphor into the First Amendment.

For example,  in Reynolds v. United States, 98 U.S. 145  (1879),  the Court wrote that Jefferson’s comments “may be accepted almost as an authoritative declaration of the scope and effect of the [First] Amendment.”  In Reynolds, however, the Supreme Court, quoting further from Jefferson, made clear that the wall between Church and State is not sacrosanct.   In that case, the defendant challenged a federal conviction for bigamy, claiming that it was his religious duty to have multiple wives under the then-existing policy of The Church of Jesus Christ of Latter-day Saints.  The Supreme Court upheld the conviction quoting from another portion of Jefferson’s Separation-of-Church-and-State letter in which he wrote that the government may regulate religious actions, not religious opinions.  The Court reasoned that if polygamy were allowed, someone might eventually argue that human sacrifice was a necessary part of their religion, and “to permit this would be to make the professed doctrines of religious belief superior to the law of the land, and in effect to permit every citizen to become a law unto himself.”

Subsequent Supreme Court authority makes further clear, however, that Jefferson’s distinction between religious opinions and religious actions is not absolute. For example, in  Gonzales v. O Centro Espírita Beneficente União do Vegetal, 546 U.S. 418 (2006), the Supreme Court held that the government had failed to show a compelling interest in prosecuting religious adherents for drinking a sacramental tea containing ayahuasca, a powerful hallucinogen, and Schedule I controlled substance.

To this day, debates rage about the scope of legitimate government regulation of religious practices under the First Amendment, including, most recently, the right of local governments to keep churches closed during the coronavirus pandemic.   This author declines to weigh in on that issue.  Instead, he wishes a Happy Easter, Chag Pesach Sameach and Ramadan Kareem to all (with correct social distancing)!