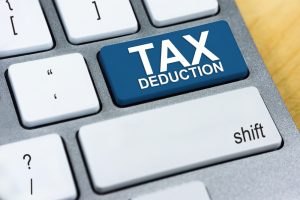 New Jersey has passed legislation to limit the impact of the $10,000 cap on state and local tax (“S.A.L.T.”) deductions created by the 2017 federal implement Tax Cuts and Jobs Act. The bill creating the New Jersey law, known as The Pass-Through Business Alternative Income Tax Act (A-4807/S-3246) was signed by the governor of New Jersey on Jan. 13, 2020 and was previously passed by the New Jersey legislature on December 16, 2019 (“NJ Act”).[1]  The NJ Act creates an optional entity-level tax on pass-through businesses.

The NJ Act permits New Jersey pass-through entities, such as “S” corporations, partnerships and LLCs to elect to pay income taxes at the entity level as a business expense instead of at the personal income tax level. Paying the tax individually subjects the tax payer to the limitation for federal deductibility of state and local taxes of $10,000. By structuring as a deductible business expense/tax at the entity level, the pass-through entity’s taxable income is reduced by the amount of the tax and the flow through income to the owner is so reduced.

The New Jersey Society of Certified Public Accountants (“NJCPA”) welcomed the signing of the NJ Act: “We are grateful to the Governor, the Legislature and all those who supported the bill. Their dedication to assisting small businesses in New Jersey does not go unrecognized.”  The NJCPA noted that the NJ Act is estimated it would save New Jersey business owners $200 to $400 million annually on their federal tax bills.

The NJ Act was sponsored by Assemblymen Daniel Benson and Roy Freiman in response to federal changes to S.A.L.T that “have had a great impact on homeowners and businesses”, according to Benson. Benson further opined that “[t]his tax payment option could save business owners $450 million annually without costing the state any money in lost revenues. Protecting New Jersey businesses against sweeping federal changes ensures New Jersey’s economy stays on the right track and business owners continue to thrive.”

Other states, such as New York, have also attempted to implement a state law to circumvent the federal S.A.L.T. limits through contributions to state-run charitable funds.  However, the Internal Revenue Service (“IRS”) issued regulations that eliminate the benefits of the New York law.

The New Jersey approach has not been expressly barred by the IRS as of the writing of this article.  As such, the NJ Act is effective for pass through entities for tax years beginning after January 1, 2020. The option to pay the tax at the entity level is made for each tax year by an authorized person(s) for the entity.  Moreover, the tax rates imposed at the entity level are different from those imposed on individuals.

The practical import of the NJ Act is that tax advisors for businesses should advise their New Jersey flow through entity clients of the change in New Jersey law, risk/benefit tradeoff of making such an election, as well as careful consideration of taking advantage of this change in the law by paying estimated taxes at the entity level (i.e. reducing their draws/distributions) instead of at their individual level.  Additional considerations should include that the option to pay the tax at the entity level is made annually by the entity and the tax rates imposed at the entity level differ from the rates imposed on individuals.  Owners of pass through entities must consult their lawyers and tax advisors prior to making any decisions. 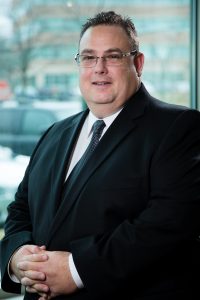 Charles “Max” A. McCauley III is an attorney with extensive business experience. Mr. McCauley is a member of Offit Kurman’s business law and transaction practice group as a principal attorney in the suburban Philadelphia and Wilmington, Delaware offices. Mr. McCauley’s practice has involved corporate, banking, real estate, employment, tax, corporate and commercial litigation, and bankruptcy matters. He also advises clients on electronic discovery issues and is the former co-chair of the E-Discovery and Technology Law Section of the Delaware State Bar Association