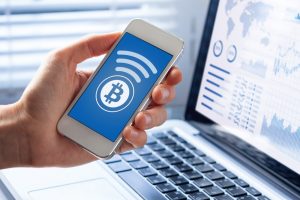 Last week we discussed bitcoin mining. The blockchain is where the miners and users come together. In short, the blockchain is a distributed, online, inefficient and highly secure database.

Because each block has to be confirmed by other miners before being permanent and entering the transaction into the blockchain, transactions are highly secure.

In other words, miners (1) issue new bitcoins and (2) confirm transactions of existing coins by recording them on the blockchain. Every time you spend or receive a bitcoin, it is registered on the blockchain, and that is done by the miners, who receive bitcoins in exchange. They also receive transaction costs, which are very low.

But does that not mean that if I add enough miners to the network that are under my control, I could, in fact, confirm my own fraudulent transactions?

The only way to do this – to fool the bitcoin network into accepting fraudulent transactions – is to have more than 51% of the network calculating power. There are enormous amounts of miners in existence right now. This distributed computing power spread among many different miners keeps bitcoin secure and safe. This will be explored in a future post, but it is at this point functionally impossible to execute a 51% attack on bitcoin.

[1] If you are wondering whether this means that bitcoin is or is not anonymous, the answer is both yes and no. I will address this in a future post.