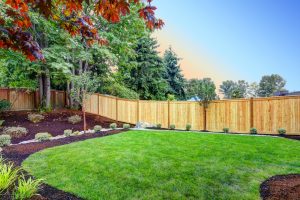 “Good fences make good neighbors,” but only when they agree on the line between their properties, suggested Robert Frost in Mending Wall (1914). This article outlines what you need to know if you own land in New York and want to keep it.

What is Adverse Possession?

Adverse possession is a legal principle under which a person who does not have legal title to a piece of property—usually land—acquires legal ownership based on continuous possession or occupation of the land without the permission of its legal owner. In other words, it is a legal way for a neighbor or stranger to become owner of part or the whole of your land. In New York, this has several requirements that are found in the New York Real Property Actions and Proceedings Law (“RPAPL”) and in case law developed by the New York courts.

The RPAPL has been amended by the New York legislature in 2008; some areas that have been amended have so far seen little interpretation in the courts. Since adverse possession takes ten years, the old standards have now fully faded out.

Who Can Be Adverse Possessor?

In New York, only an “adverse possessor” can gain title through adverse possession.[1] An adverse possessor is a person or entity (i.e. a company or other artificial person) who “occupies real property of another person or entity with or without knowledge of the other’s superior ownership rights, in a manner that would give the owner a cause of action for ejectment.” A cause of action for ejectment, more commonly known in New York simply as an “action to recover real property,” is a common law procedure in which the court is asked to award possession of real property to the legal owner and to direct the trespasser to cease its trespass.[2]