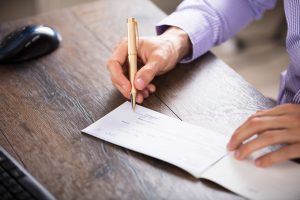 In this second of a multi-part series (read part one here), I consider a second alternative “use” for a marital property settlement agreement, or PSA.

With the help of Shakespeare’s Romeo and Juliet, I’ve previously noted that a document need not necessarily be defined solely by its name, and particularly, that a PSA can legally serve as more than merely an agreement settling property rights between spouses contemplating divorce.  For instance, in my prior example, a legally enforceable PSA moonlit as a real property deed in the right circumstances.  Like a multi-faceted Swiss Army Knife, that same PSA might also serve you further as a written “assignment” if and when no separate, stand-alone, self-titled “assignment” document exists.  At least that’s among the possible outcomes I am currently seeking to convince the Virginia Supreme Court to adopt in Wood v. Martin, Record No. 190738!

As with deeds in my prior example discussed in Part One, assignments need not be self-contained in a document so titled.  Legally speaking, an “assignment” of a right or interest in property is an act by which one person transfers to another, or causes to vest in that other, all of the right or interest the person has in particular property.  For instance, assuming no express contractual limitations on my doing so, I might assign an unencumbered interest I have as a tenant in an apartment lease to a new tenant (as opposed to a “sublease” arrangement where I maintain my original relationship and rights with the landlord).  “Signing over” a check is another example of a simple assignment which occurs when the payee on the check (i.e. the one to whom the check is to be paid) transfers to an assignee by signing the back of the check as “payable to [assignee’s name]” the right to cash the check and to receive the full face value.  In Virginia, any order, writing, or act “appropriating” a fund, amounts to an enforceable assignment of the fund, so long as it appears that the one transferring an interest intended to do so, and the one to whom the interest was being transferred understood as much and accepted it.

Certain insurance-related, protectionist statutory provisions serve to prevent creditors from reaching the proceeds of a debtor’s life insurance policy, but certain categories of “creditors” of the insured debtor, including those with a written assignment of the policy proceeds, are expressly excluded from this limitation.  So what befalls an ex-spouse anticipating proceeds of a life insurance policy when their former spouse dies without having honored the obligations of the couple’s PSA?  Is such an individual protected by the court’s decree and the court-ordered relief to which they’d bargained? Or is the ex-spouse reduced to a mere “creditor” forced to line up with everyone else for a share of whatever else the deceased may have left behind?

If a consensually court-ordered PSA serves to transfer from one spouse to another the former’s interest in life insurance policy proceeds (including the legal right to designate the beneficiary of same) and incorporates the latter’s acceptance of the transfer, nothing more is required to effect a written assignment under such circumstances.  Having been granted such a right in the policy proceeds, the surviving ex-spouse, as assignee of the proceeds, is the rightful owner thereof, and not merely a “creditor” to whom the general exemption statute (Va. Code § 38.2-3122) applies (see Faulknier v. Shafer, 264 Va. 210, 216 n.6 (2002), reserving on this issue).  As such, both the potential statutory bar to recovery for divorcees as “creditors” of their ex-spouses and a possible malpractice trap for unwitting divorce lawyers are thereby mooted — at least insofar as proper notice of the assignment is provided to the insurer before another creditor perfects a priority claim to the proceeds and/or the insurer, without notice of the PSA assignment, pays out the proceeds to a differently named beneficiary.

Much like a delivered but unrecorded real property deed, a PSA assignment is not invalidated or rendered unenforceable merely because the insurance provider wasn’t timely provided a copy, or because the provider’s assignment form wasn’t used.  Again, like a deed, there are no “magic words” or specific forms required to create an assignment, and the document creating and embodying an assignment need not be called such.

[Practitioner’s Note:  One shouldn’t underestimate the potential significance of the insurer’s notice requirement(s)!  Failing to meet the insurance provider’s notice requirements or other procedures for perfecting an assignment might, in limited circumstances, force a PSA doubling as an assignment to cede priority on equitable grounds to other would-be claims to the policy proceeds.  For instance, while an unnoticed PSA assignee’s assignment remains no less valid and enforceable, the holder of such an assignment must anticipate taking an equitable back seat to either or both one who subsequently lends against the value of the assigned policy proceeds without knowledge or notice of the PSA obligation and/or another (subsequent spouse, perhaps?) who similarly bargained something of value in exchange for being named beneficiary of the proceeds and, unlike the unnoticed PSA assignee, timely took the necessary steps with the insurer to perfect their bargained-for interest.] 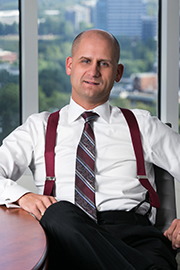