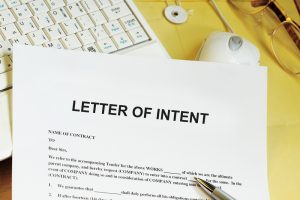 A Letter of Intent (“LOI”) – also called a term sheet or memorandum of understanding (“MOU”) – expresses the parties’ intent to enter into a merger and acquisition (“M&A”) transaction and summarizes the primary terms of the deal. It is often the first negotiated document between the parties and is, therefore, extremely important in identifying potential controversial issues, facilitating the preparation of the definitive agreement, and creating deal momentum, among other things.

Here are some core questions to consider in the LOI process:

1. Is a LOI necessary for the deal?

Not every M&A transaction requires a LOI. For example, the transaction may be straightforward and void of complexity, or involve a purchase and sale between current owners or management where very little due diligence is necessary. In such cases, the parties may choose to go directly to negotiating the definitive agreement.

These cases, however, are not the norm. Most M&A transactions are not simple, and LOIs have become the standard in jump starting a deal.

LOIs are often pitched to sellers as “simple” because they are “non‑binding” (for the most part) and, therefore, are sometimes signed by a seller without legal advice. This is a mistake. LOIs vary widely in scope and detail and the seller (and buyer, for that matter) should involve its lawyer. Failure to do so increases the opportunity for later deal point changes by the other side, and promotes potential misunderstanding on key provisions. So, sellers, do not sign the first document that the buyer or business broker presents to you, and involve your legal counsel early in the process. It will save time and expense in the long run.

2. How much detail should be included in the LOI?

Having decided that a LOI is desired in the transaction, how much detail should be included? LOIs come in all shapes and sizes, depending on deal specifics and the respective objectives of the parties. Some fundamental terms and provisions which will be addressed in every LOI include:

Of course, the LOI will contain other terms as well, and the level of detail will depend on the approach of the two sides and their attorneys. As a general rule, sellers will desire a more comprehensive LOI in order to sniff out any controversial issues which might be deal killers. Very  few circumstances are more frustrating for the seller who signs a LOI and then finds itself bogged down in protracted negotiations during the drafting of the definitive agreement over a term which could have been included in the LOI. For example, indemnification terms and provisions (such as survival period, limitations, caps and baskets) can be hotly negotiated. If the parties cannot agree, it would be better to know that during the LOI stage of the deal rather than later after spending substantially more time and resources.

This is a good question, and the answer is, “it depends.” LOIs are intended to be non‑binding and contingent upon the execution of a definitive agreement, so the parties should be careful to expressly state that in the LOI.

There is a risk, however, that if the parties have negotiated a comprehensive, preliminary document, they may have unintentionally committed themselves to a deal. So, if negotiations are unsuccessful, a court might find that the LOI either is a binding agreement on its terms, or an agreement by the parties to negotiate in good faith. 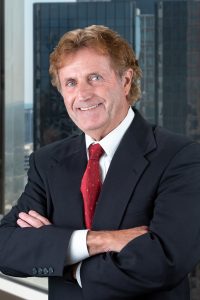 Eddie’s vast experience includes counseling both publicly traded and closely-held businesses in a variety of matters including entity formation, business contracts, sales, purchases, and complex mergers and acquisitions. He serves as general counsel to several privately held business entities. His broad-based financial background of more than 35 years of practicing law and as a CPA. Eddie also holds the highest (AV) rating from his peers, as reported by Martindale-Hubbell.