The Legali(teas) of Today’s Pop Culture:
"A Queen is Never Late" - Madonna Sued for Tardiness 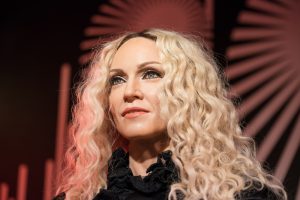 Madonna is facing major backlash for showing up to a few of her concerts hours after they are scheduled to start. She changed the start time of her show in Miami on December 17, from 8:30 p.m. to 10:30 p.m. I don’t know about you, but 10:30 p.m. is way later than I would like to stay out on a Monday night! And apparently, I am not the only one…

Recently, Nate Hollander filed a class action lawsuit against Madonna for breach of contract. He claims that he bought three tickets to her show, totaling $1024.95, with the understanding that the show would start at 8:30 p.m. However, months after he bought the tickets, Live Nation changed the start time of the show and made it too late for Hollander to attend. Madonna has a reputation for starting her shows late. For example, her Madame X tour started two and a half hours later than planned. Hollander’s claim perhaps holds more weight due to the fact that Miami-Dade county has a curfew for people under 18, meaning they can’t stay out without an adult after 11:00 p.m. Live Nation refused to issue refunds due to their policy, and due to the start time of the show, allegedly the resale value of the tickets decreased.

To establish a breach of contract in Florida, Hollander would have to prove: (1) the existence of a contract, (2) a breach (material breach) of the contract, and (3) damages resulting from the breach. DNA Sports Performance Lab, Inc. v. Club Atlantis Condo. Ass’n, Inc., 219 So. 3d 107, 109 (Fla. 3d DCA 2017), Abbott Labs., Inc. v. Gen. Elec. Capital, 765 So. 2d 737, 740 (Fla. 5th DCA 2000). If Hollander wants to receive monetary damages, he would have to also prove that he fulfilled all of his obligations under the contract and got nothing in return, or that the performance rendered was so inadequate as to be relatively valueless. Additionally, he would also have to prove that he was harmed in some way.

Meanwhile, Madonna appears to be handling this lawsuit pretty well, reportedly responding with: “Here’s something you all need to understand, and that is … a queen is never late.”

We will be sure to keep you in the loop as this case progresses. If you have a pop culture-related topic that you’d like my legal perspective on, feel free to reach out and contact us.