The final regulations related to the Philadelphia Fair Workweek Ordinance have been issued for public comment. For thirty days, until November 4, the public can request a hearing on any aspect of the regulations. If you are interested in requesting a hearing, you can reach out to the Greater Philadelphia Hotel Association to provide feedback. Barring such a hearing causing the Mayor’s office to modify the regulations, they will then be finalized after the thirty-day period. These regulations offer some clarity on certain aspects of the Ordinance, such as what will qualify as a ticketed event or a hotel banquet event, and give examples of a good faith estimate. However, they also open doors to different interpretations of language within the Ordinance. I’ll be teaming up with the Greater Philadelphia Hotel Association again in the next month for a follow-up presentation on the final regulations. 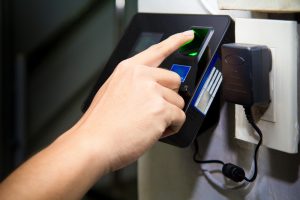 Do your employees clock in and out using their fingerprints or their handprints? Depending on where you have operations, you may want to keep an eye on this practice. Recently, a housekeeper who was employed by the Doubletree by Hilton Chicago, filed a class action suit against the hotel and its management company. The plaintiffs, Ms. Taylor and all others similarly situated, argued that the hotel did not properly seek their consent to use and store their biometric information. 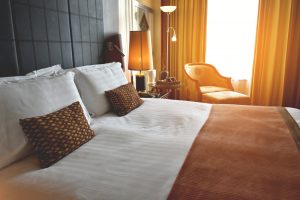 Hotel and Restaurant Employees Band Together

Employees are becoming savvier about using digital communications to share information. Recently, a group of servers created the website “Our Industry, Our Voice,” and advocated in opposition to many union and workers’ rights groups that the tip credit not be extinguished. The group argues that they are actually paid less when employers pay them the minimum wage or higher because patrons no longer believe tipping is expected. In addition, there is a growing trend among employees to collect hard data on wages. In late September, a group of over 100 Philadelphia Baristas created a crowdsourced spreadsheet populated with the positions and wages of Baristas and other café and restaurant employees all over the city. This is likely to be an idea that spreads to other positions and industries now that the concept is out there. As an employer, you can use the information to your advantage and to take a proactive look at where you fall in terms of compensation. In addition, remember employees are allowed to discuss their compensation as part of the terms of conditions of their employment; however, you don’t have to allow them to do so in lieu of working. 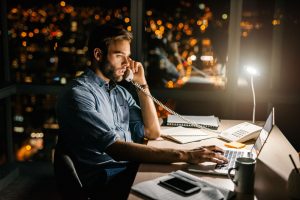 The Department of Labor issued the final new rule on the administrative, professional and executive exemption to overtime under the Fair Labor Standards Act. The new rule raises the required base salary level to $684/week, raises the salary level for the highly compensated exemption, and allows employers to use nondiscretionary bonuses and incentive payments (including commissions) to satisfy up to 10% of the standard salary level. The rule goes into effect January 1, 2020, giving employers just a few months to ensure their workforce is properly classified. Also, keep in mind that the Pennsylvania state overtime rules currently have different thresholds and there are proposed changes on the table.