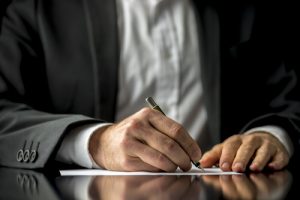 We continue our discussion (see part one here) of the antitrust fallout after the settlement of the recent In re Novartis & Par Antitrust Litigation case, C.A. 18-cv-4361 (AKA), 2019 U.S. Dist. LEXIS 138133, *5 (Aug. 15, 2019). To recap, the case arose from an agreement entered between Novartis and Par, which allegedly delayed both the entry of Par’s generic version of Exforge (a combination of amlodipine and valsartan used for the treatment of hypertension) and the entry of Novartis’ authorized generic version of Exforge. Discussed in Part I of this comment were the claims for per se violations of Section 1 of the Sherman Act . Discussed here in Part II are the remaining claims.

The Court dismissed the DPP’s claim for injunctive relief due to a lack of showing of ongoing and future harm caused by the alleged violation of the Sherman Act.  Id. citing United Food & Commercial Workers Local 1776 v. Teikoku Pharma United States, Inc., No. 14-MD-02521-WHO, 2015 U.S. Dist. LEXIS 94220 (N.D. Cal. July 17, 2015). The Court reasoned that the DPP could not allege an ongoing harm because at least five generic manufacturers had entered the market.  The Court also rejected the DPP’s theory of ongoing harm due to a delayed return of prices to competitive levels and found that monetary damages would be a sufficient remedy in this case.  Id.

The Court accepted the defendants’ argument that the EPP’s had admitted that a reasonable plaintiff would have been on notice of their claims no later than September 2014, the EPP’s alleging that after “Novartis failed to launch an AG upon market entry by Par … it became clear that Novartis and Par’s Agreement contained a no [approved generic] promise.”  The Court was not persuaded by the EPP’s theory of continuing harm, however, which the Court found to be not plausible given that at least five additional manufacturers had entered the market after March 2015 resulting in intense competition.  Id. at *8.  Thus, the Court dismissed the statutory antitrust claims of Kansas, Mississippi, and Tennessee, and the unjust enrichment claims of 19 states, the District of Columbia, and Puerto Rico for failure to comply with the applicable three years or shorter statutes of limitation.  Id.

The Court dismissed the unjust enrichment claims of twenty-three states and Puerto Rico based on the failure of these states to repudiate the ruling in Illinois Brick Co. v. Illinois, 431 U.S. 720 (1977), where the Supreme Court held that only direct purchasers had a claim for unjust enrichment from a defendant manufacturer whose anticompetitive conduct violated federal antitrust law.  See In re DDAVP Indirect Purchaser Antitrust Litg., 903 F.Supp. 2d 198, 232 (S.D.N.Y. 2012).  The Court went on to explain that a state is presumed to have decided to follow the Illinois Brick limitation on indirect purchaser’s unjust enrichment claims absent expressly passed legislation repealing Illinois Brick, or an interpretation of a state’s law that overrides the Illinois Brick rule.  In re Novartis, 2019 U.S. Dist. LEXIS 138133 at *8.

Dismissal for Failure to Plead a Direct Benefit

The Court dismissed the unjust enrichment claims of Alabama, Florida, Georgia, Idaho, Kentucky, Maine, Michigan, New Jersey, North Dakota, Pennsylvania, and Rhode Island.  The Court reasoned that these states’ failure to plead that they conveyed a direct benefit to the defendants was fatal given that their laws limited recovery for unjust enrichment to plaintiffs that had conferred a direct benefit on the defendant.

Dismissal of the Class Action Under the Illinois Antitrust Act

Dismissal of the Massachusetts and Missouri Consumer Protection Claims

The Court dismissed the EPPs’ claims under the consumer protection laws of Massachusetts and Missouri finding that these states’ laws precluded claims by indirect purchasers.  Id. at *10 (section 11 of the Massachusetts Consumer Protection Act prohibits claims by indirect purchasers and section 9 excludes claims by those engaged in trade; the Missouri Practices Act requires that purchases be made primarily for personal, family or household purposes).

Remaining to be litigated in the case, following the Court’s granting of the defendants’ partial motion to dismiss, are the DPPs Section 1 (rule of reason) and Section 2 Sherman Act claims; the EPPs’ statutory antitrust claims arising under the laws of twenty-one states and the District of Columbia, as well as, the EPPs’ claims under Florida’s Deceptive and Unfair Trade Practices Act, Fla. Stat. § 501.204.