The Legali(teas) of Today’s Pop Culture:
Hold Up, That Song Sounds Too Familiar… 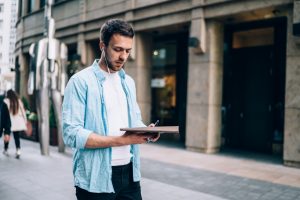 Have you ever listened to a song and thought “wait hold on, that sounds so much like this other song…”? I certainly have, which coupled with my extensive background of watching E! News every night and my law degree, usually has the follow up question of “how are they not getting sued for this…?” Well, turns out, many artists are getting sued for copyright infringement, and ultimately losing millions.

The test for copyright infringement is surprisingly simple: the plaintiff must prove the defendant used the copyrighted material as a model, template, or inspiration when creating their music. If this cannot be achieved with direct evidence, a plaintiff can use circumstantial evidence to show that the disputed work is substantially similar. Basically, the judge listens to testimony and decides whether there are compositional similarities to take the case before the jury. The jury then listens to both songs and decide whether they are substantially similar.

While this is a seemingly simple test, the burden for the plaintiff is quite high, as they have to show that the defendant had access to the infringed work, and that the music sounds so similar that it is impossible to have been a mere coincidence.

Katy Perry most recently came under fire when a jury found that her hit 2013 song “Dark Horse” infringed upon Marcus Gray’s (aka Flash) 2008 Christian-Rap song “Joyful Noise.” The jury found that the songs were identical in length, rhythm, and pitch, resulting in a $2.8 million judgment against Perry and her label. This was not the first time the music industry has taken this kind of hit. In 2015 Robin Thicke and Pharrell Williams’ “Blurred Lines” hit was found to have infringed upon Marvin Gaye’s “Got to Give It Up” with the court awarding a $5.3 million verdict, based on its similar feel. Other artists have also gone to battle over copyright infringement, for example Vanilla Ice’s “Ice Ice Baby” and Queen and David Bowie’s “Under Pressure,” or Huey Lewis and the News' “I Want A New Drug” and Ray Parker Jr.'s “Ghostbusters.” However, given the simplicity of the test as it stands today, the lawsuits are destined to keep flooding the courts.

If you have any questions about copyright infringement, contact us.