The Legali(teas) of Today’s Pop Culture:
Why is Johnny Depp in Fairfax County, VA? 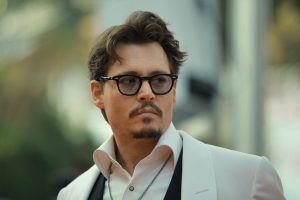 In December of 2018, Johnny Depp filed a complaint in Fairfax County, Virginia for defamation regarding an opinion piece written by Amber Heard and published by The Washington Post. In the op-ed, Heard never mentioned Depp by name, but described great detail the backlash she received after she spoke out about her experience with Depp and domestic abuse. Depp, however, believes that there is no denying she is referring to him. Depp’s attorneys stand by his claim that he never abused her, stating Heard’s allegations were “part of an elaborate hoax to generate positive publicity for Ms. Heard and advance her career.”

In April 2019, Heard, through her attorneys, attempted to move the case from Fairfax County, Virginia to California, arguing that because she wrote the op-ed in Los Angeles the courts in California would have jurisdiction. Heard’s attorneys also claimed California was the appropriate forum as the parties and relevant witnesses reside there.

Virginia is one of the few states which has a “lex loci delicti” rule. As complicated as that may sound, it simply means, the law of the place where the wrong occurred will apply. In this case, the wrongdoing was the op-ed piece in The Washington Post, which is printed in Fairfax County Virginia. Therefore, the laws of Virginia will apply, giving Fairfax County jurisdiction over the case.