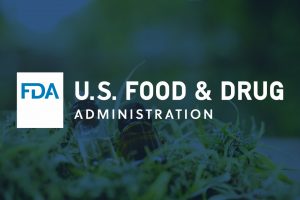 The U.S. Food & Drug Administration (FDA) held its public hearing on scientific data and information about products containing cannabis or cannabis-derived compounds on May 31, 2019. Representatives from the FDA, industry organizations, manufacturers, public interest groups and others impacted by the regulation of cannabis products – most notably cannabidiol (CBD) – made comments on the public record ranging from statistical to political to personal. Here were a few takeaways:

Opinions differ on how to regulate.

In view of the recent change to the legal status of hemp that came with the 2018 Farm Bill, many stakeholders requested that hemp-based cannabis products be regulated as foods and dietary supplements, claiming that the industry has been self-regulating in a similar manner already. Many commenters cited the long-standing presence of hemp-derived substances in ingestible products as a rational basis for this approach. The consensus among commenters of this view seems to be that it was the intent of Congress to give people broad access to hemp-based products with the 2018 Farm Bill, and that regulating hemp-derived products as drugs will limit that access. However, certain public interest groups cited a lack of peer-reviewed studies of the safety and efficacy of CBD or any other cannabis-derived products as support for regulation of these products as drugs and design of appropriate reimbursement programs. For example, quality control and dosing standards are absent, particularly with respect to various routes of administration, and no studies have been conducted on the potential downfalls of chronic use. It was also posited that a lack of nutritional data on cannabis-derived products make them ill-suited for regulation as foods or animal feeds. Additionally, there is a growing demand for the FDA to provide the industry with a distinction between “broad spectrum” hemp extracts, “concentrates” and “isolates,” all of which are terms that have been used in connection with cannabis products regulated under state laws in a non-uniform way.

All interested parties seem to agree that the cannabis industry in general should be subject to manufacturing controls, even in the case of medical marijuana legalized under state programs. Tales were told of manipulating products to make them more appealing to consumers in ways that may lead to undesirable chemical exposures. Not surprisingly, a representative from the U.S. Pharmacopoeia, a non-governmental entity responsible for setting widely recognized quality standards for FDA-regulated product ingredients, indicated that such standards should apply to cannabis products to avoid the entry of undesirable contaminants such as heavy metals into the consumer markets for these products. All seem in agreement that cGMPs and standards such as USP should apply. Lack of manufacturing controls has resulted in proven cases of CBD products being contaminated with other chemicals, including THC. State programs seem to lack adequate quality control. Moreover, China currently is thought to produce about 50% of hemp products worldwide, and there is concern over the lack of quality controls in China. The consensus generally seems to be that there are not adequate testing programs in place now for cannabis and cannabis-derived products.

It was said that research shows THC addiction is real, there is evidence it causes DNA damage, and the marijuana lobby is working to brush this under the rug for profit. Risk assessments have not been conducted but are thought by many to be needed. Dosages and modes of administration have not been studied well but they’ve been studied enough to know that routes of administration have different effects. States are now permitting medical cannabis indications for different diseases in disparate ways. Some feel that public opinion is currently guiding the clinical impact of the industry with a lack of scientific evidentiary support for state medical cannabis programs. Some think potency warnings should be required and can be required by the FDA. It was noted the 0.3% limit on THC in legally cultivated hemp applies to dry weight, not in manufactured products such as concentrates. There seems to be a relatively widespread view that health claims in the industry are being made without support in a pervasive way, and the FDA has in fact sent warning letters to some companies alleged to be engaged in this activity. Proponents of drug regulation say empirical evidence and scientific data suggests that cannabis is a medicine, but it can’t be used without clear regulation.

Arguments presented for regulation as food or dietary supplement.

Comments were made that CBD is a nontoxic, non-habit-forming antioxidant for which the FDA should create an over-the-counter monograph, with an interim regulation for CBD under the “generally recognized as safe” (GRAS) framework familiar to the food industry. Many say that botanical hemp-based CBD should be accessible, consistent with the Congressional intent to make hemp-derived CBD accessible. Data was presented on benefits of CBD with few adverse effects. Proponents of this type of regulation assert that FDA still has regulatory oversight with respect to labeling, and so does the Federal Trade Commission (FTC). Hemp products were presented as having high protein and omega 3 fatty acids and being useful for food and animal feed. Some supporters commented that cannabis-derived ingredients have superior safety profiles compared to approved over-the-counter drug products and food ingredients such as aspirin and caffeine. A decade of state program history without major problems was presented as evidence that drug regulation is not needed in this area. According to supporters of this view, the industry has invested millions in conducting studies, suggesting self-regulation is possible and hemp products are safe. Economically, hemp seed and byproducts, flour, and animal feed inputs are good markets, but stock currently accumulates in warehouses without revenue. It was posited that statements of identity can be developed under a food regulatory paradigm, a framework that is well-understood.

While scientific evidence is limited for the size of the cannabis debate, economic data suggests that the value of the CBD market to hemp farmers is some fifty times greater than the industrial product market value. One presenter estimated the U.S. market at $10B supporting 200,000 jobs. Written comments and citizen petitions are expected to flow in following Friday’s hearing, and the FDA invited a number of Friday’s presenters to support their comments in writing with scientific evidence of studies conducted. One commenter suggested that botanicals be a “new” class of regulated products, presumably somewhere between drugs and supplements. In any event, I’ll be closely following this debate going forward.