“Your website is not ADA compliant so you may be at risk to be subjected to expensive lawsuits.” 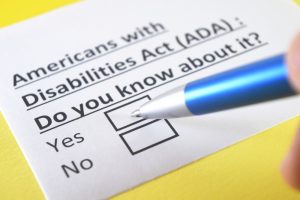 Over the past several months, countless emails and letters containing language like this have been sent to business owners throughout the United States. Some messages threaten legal action, while others simply warn of the possibility of an expensive lawsuit.

Alarming as they might sound, such messages do not accurately represent legal reality. Under current federal law, most companies have no clearly defined obligation to provide accommodations for website visitors with disabilities. The law is far more ambiguous than avid plaintiff’s attorneys and digital accessibility consultants would have website owners believe.

Does the ADA Apply to Websites?

Enacted in 1990, the Americans with Disabilities Act (ADA) is a federal law that prohibits discrimination against people with disabilities. Title III of the ADA requires all places of public accommodation (such as restaurants, movie theaters, and doctors’ offices) and commercial facilities (such as offices and warehouses) to comply with the ADA’s standards for accessible design.

Title III gave rise to a phenomenon colloquially known as the “drive-by lawsuit,” wherein a litigious individual or their lawyer drives through a neighborhood on the lookout for technical ADA violations such as misplaced disability parking signage or a wheelchair ramp a couple of degrees too steep. When an alleged error is spotted, a lawsuit follows, and the plaintiff almost always gets what they want — a quick settlement — as business owners typically incur far greater costs fighting the claim in court than by settling and remediating supposed ADA violation.

Now, businesses are facing a litany of “surf-by” lawsuits alleging defendant-website owners failed to provide access to their public-facing websites for blind, deaf, and otherwise disabled patrons. In 2018 alone, over 2,200 federal lawsuits were filed claiming violations of the ADA’s website accessibility “requirements.”

However, “surf-by” lawsuits occupy a legal grey area. The ADA — enacted a year before the Internet became publicly available — contains no provisions explicitly relating to websites, regulators have not issued standards applicable to most private entities, and courts are split as to whether Title III applies to websites at all.

An issue is whether a website qualifies as a “place of public accommodation.” Several federal circuits require the goods and services provided by a website to bear a “sufficient nexus” to a physical place to be covered by the ADA. Others reject that notion and apply the ADA irrespective of a connection to a physical location. The Fourth Circuit (covering Maryland, Virginia, and the District of Columbia) has yet to address the issue, but at least one district court in Virginia has applied the latter standard.

For business owners, these scattershot court decisions provide little guidance—and state legislation has yet to clarify matters any further. The Maryland legislature, for example, considered a 2012 bill aimed to create a state commission to pursue claims against businesses with websites that were inaccessible to persons with disabilities, but the bill ultimately failed.

Regulators have similarly failed to establish bright line rules for the ADA’s application to websites. In 2010, the US Department of Justice (DOJ)—the agency responsible for regulating and enforcing the ADA—issued a notice of proposed rulemaking seeking input on what website accessibility standards the agency should adopt for goods and services “offered by public accommodations via the Internet.” However, the DOJ withdrew the proposed rulemaking in 2017, stating it was “evaluating whether promulgating regulations about the accessibility of Web information and services is necessary and appropriate.”

This hasn’t stopped the DOJ or state attorneys general from investigating websites for ADA violations, or from entering into settlement agreements with private businesses in connection with web accessibility. Nor has the lack of an intelligible standard deterred plaintiff’s attorneys from bringing class actions and private lawsuits. In short, until state and federal legislatures agree on a single, comprehensive standard, website ADA violation claims will persist—and the odds appear to be in favor of plaintiffs.

That said, there is hope for businesses. In part two of this article, I will discuss how web developer industry guidelines offer clues about the future of digital ADA compliance, along with best practices and practical guidance for limiting liability in this ambiguous legal landscape. 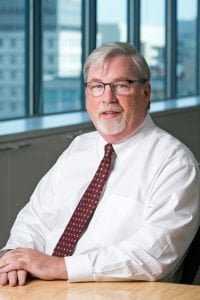 John Raftery is a member of the firm’s Management Committee and an Associate Managing Principal—a role dedicated to the effective management and success of the firm’s attorneys.

Mr. Raftery is also the presenter of a weekly video series, The Monday Morning Minute, as well as the co-host of The Fair Housing Podcast, Questions and Answers. Both programs cover the myriad of fair housing issues property owners and managers face.