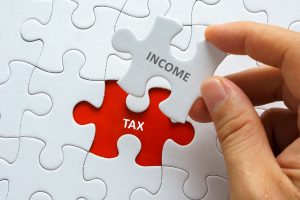 Just the facts, ma’am. The Kaestener Trust was created by Ms. Kaestner’s father, a New York state resident, and named a New York state resident as trustee. The trust was based in New York, and all trust administration took place in New York. (Had the trustee resided in North Carlina or had the trust administration taken place in North Carolina, NCDOR would have been within its authority to tax the trust’s income). Ms. Kaestner resided in North Carolina from 2005 through 2008, which are the years for which NCDOR sought to tax her share of the trust’s income.

Third, the beneficiaries “could not count on necessarily receiving any specific amount of income from the Trust in the future,” which is consistent with a purely discretionary trust. Interestingly, the Trust was to terminate in 2009 on Ms. Kaestner’s fortieth (40th) birthday, at which point all of the trust assets would have been distributed outright, free of trust to Ms. Kaestner. Even though absent any action on her part, the assets would be distributed to her on her fortieth birthday, the Court held she could not count on receiving anything from the Trust.

Now, more than ever, clients should strongly consider making a purely discretionary trust part of their basic estate and income tax planning strategy.

Offit Kurman guides individuals in the most tax-efficient ways to structure their estate plans, including selecting more advantageous states within which to locate trusts and the trust administration. We would be happy to assist you or your counsel in structuring your estate plan to reduce or eliminate potential taxes.