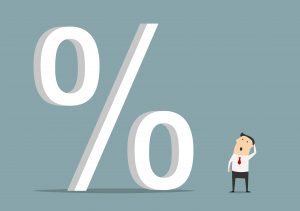 The Internet exposed Americans to predatory high-interest payday loans with interest rates that often exceed 300 percent, 500 percent, or even 1,000 percent. Prior to the Internet, state laws against usury shielded borrowers from abusive local lenders. However, online lenders have avoided these laws by incorporating on Native American land and claiming sovereign immunity. The Second Circuit joined the Eleventh Circuit in declining to extend such immunity to such lenders.[1]

The plaintiff-appellees, citizens of Vermont,[2] had borrowed money online with interest well in excess of the caps imposed by Vermont law. They alleged violations of Vermont and federal law and sought an injunction against the tribal officers in their official capacities and an award of money damages. Some defendants moved to dismiss on immunity grounds; all moved to dismiss in favor of compelling arbitration. The district court (Geoffrey W. Crawford, J.) denied both motions; the Second Circuit affirmed.

On the arbitration point, the lending agreement required that all disputes are to be resolved by “Chippewa Cree tribal law,” that the arbitrator “shall apply Tribal Law,” that “[n]either this Agreement nor the Lender is subject to the laws of any state of the United States,” and that any award may be set aside by a tribal court. The district court found that the agreement was unconscionable and unenforceable because it insulates defendants from state and federal claims and that because it applies tribal law exclusively, the neutral arbitral forum was illusory. The Second Circuit agreed, finding that the defendants’ attempt to abrogate a party’s right to pursue federal statutory remedies is prohibited, that any tribal law that would be applied would likely have been tailored to protect defendants’ interests, and the tribal courts’ unfettered ability to overturn any award rendered the agreement unconscionable, unenforceable and illusory.

On the immunity point, the district court concluded that tribal sovereign immunity does not bar suit for prospective, injunctive relief under a theory analogous to Ex parte Young, 209 U.S. 123 (1908) – a U.S. Supreme Court case that allows suits in federal courts for injunctions against officials acting on behalf of states of the union to proceed despite the State's sovereign immunity, when the State acted contrary to any federal law or contrary to the Constitution. The Second Circuit agreed, making it clear that immunity is a shield, not a sword. The Court found that immunity does not bar state and substantive federal law claims for prospective, injunctive relief against tribal officials in their official capacities for conduct occurring off the reservation and rejected the defendants’ arguments that the district court misapplied precedent. It also allowed plaintiffs’ RICO claims to proceed.

The case is notable because it explicitly applies Ex parte Young in the same way the Eleventh Circuit did and for its thorough analysis of the Supreme Court’s decision in Michigan v. Bay Mills Indian Community, 572 U.S. 782 (2014), which condones actions to vindicate violations of state law by companies seeking to shroud themselves with immunity by incorporating on Native American land.

If you have any questions on this topic, please contact us.