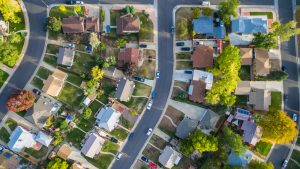 As the ancient Hebrews tell us in scripture, the answer to the question of who is damaged and who must pay depends upon “whose ox is being gored”.

The recent decision by the Frederick County Council to increase impact fees is yet another example of an ongoing nationwide struggle between new home builders and local governments over who is to blame for inadequate public services or infrastructure and who should bear the cost of improving those services and infrastructure for new residential development. In 2019, the “American Dream” of home ownership consists of much more than a little brick house and fenced yard-it includes blue ribbon schools, tree-lined and well-maintained roads, expansive public parks with diverse recreational opportunities, technologically advanced libraries, as well as basic clean water, proper sanitation, health resources and protective services.

In many jurisdictions, local governments rely on real property taxes to finance the ever-increasing costs of providing these services but with the political “minefield” surrounding even the mere utterance or suggestion of raising taxes other sources of revenue have to be explored. Impact fees are oftentimes imposed on property owners, builders and developers because it is politically expedient even though those fees usually trickle down to the new homeowner in the price of the home.

By the way, all local governments also want moderately priced or affordable housing for their citizens-yes, we can have it all!

While impact fees may be a politically popular means for elected officials to generate additional revenue, most enabling legislation requires that there be a proven rational connection between the level of impact fees and the costs of the public services for which they are collected and applied by the local government. That debate is always fraught with complexities, ambiguities, dueling economic experts, political posturing and conflicts about what the true costs are, how they are calculated and imposed.

New home builders and developers argue that impact fee revenue should not fall solely on the back of new residential development, new schools cost too much and are not built economically or efficiently while government officials counter that a residential home does not pay its own way and costs more in government services than it provides in tax revenue. Builders and developers point to the roads and parks they build, the land they donate, the jobs they create, the taxes they pay and generate while elected officials retort that government maintains those roads and parks and build, equip, staff and operate those schools.

The names and places change but the age old question remains-whose ox is going to be gored? 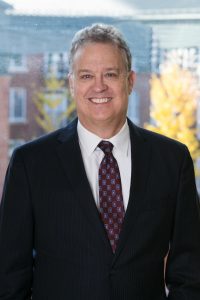 David A. Severn has been practicing law in Frederick MD, since 1980 and focuses his practice on land use, development and real estate. He represents clients in all aspects of the zoning and land use process appearing regularly before planning commissions, boards of appeal and legislative bodies of Frederick County, Washington County and their municipalities. He has served as lead counsel in numerous large and complex development projects including “Carroll Creek Park” a mixed use, public-private partnership re-development project in historic downtown Frederick modeled on River Walk in San Antonio, “Frederick Crossing”, the first large mixed use commercial retail/employment center in Frederick County and the redevelopment of the Frederick Towne Mall. David also works for the public sector in serving as legal counsel to the Town of Walkersville, Frederick County and Washington County Public Schools for real estate and land use matters.