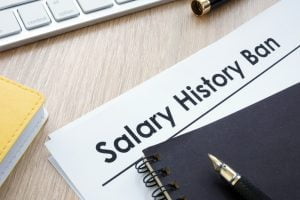 “How much did you make at your previous job?”

In an increasing number of states, that question is no longer a typical line in an employment interview, but seen as evidence of discriminatory hiring and compensation practices. In recent years, many state legislatures have argued over whether employers should be allowed to ask potential employees to disclose their salary histories. Some jurisdictions, such as California and Massachusetts, have banned the practice. Others, such as Tennessee and North Carolina, have enacted laws that protect an employer’s right to ask the question.

In my December 27, 2018 article for The Legal Intelligencer, I provided a then-current overview of states’ salary history disclosure laws. The article discussed the political factors behind the issue and identified a few states in which the newly-elected, Democrat-controlled legislature would be likely to pass salary history bans.

The debate is clearly a lively one. Three months into 2019, several states have updated their statutes related to salary history—and one of my predictions appears to already be coming true.

On January 15, 2019, in his first full day in office, Governor J. B. Pritzker signed Executive Order 2019-02, pursuant to which the State of Illinois will no longer ask prospective employees questions about salary history because of historic salary disadvantages women face.

This is not the first time Illinois lawmakers have taken action on the issue. As I wrote previously, the state legislature passed legislation twice before (in 2017 and 2018) that would have imposed bans on asking about salary history applicable to all Illinois employers, public and private. The previous Governor, a Republican, vetoed these measures at the time. Additionally, in 2018, the City of Chicago passed a municipal salary history ban applicable to City departments only.

While this new executive order only applies to state agencies, I anticipate another statewide bill that applying to private employers will soon follow. Moreover, the executive order suggests Governor Pritzker, unlike his predecessor, would sign such a bill into law.

On January 1, 2019, Gretchen Whitmer became Michigan’s 49th Governor, replacing Rick Snyder. She was one of many Democrats to succeed Republican governors nationwide as a result of the 2018 midterms.

Within her first 10 days in office, Governor Whitmer signed 10 executive directives, which are limited in scope and only control internal policy of executive branch departments. Of note is Executive Directive 2019-10, which prohibits executive branch officials from inquiring into an applicant’s salary history until after a conditional offer of employment, including an explanation of the proposed compensation, has been made.

Updates in Other Jurisdictions

Employers should be aware of changes in the following states and cities:

Additionally, two related updates at the federal level are worth noting:

On January 30, 2019, Rep. Rosa DeLauro (D-Connecticut) reintroduced the Paycheck Fairness Act in the House of Representatives. The bill has been introduced to Congress multiple times over the past two decades, but has thus far failed to pass both chambers.

On February 25, 2019, the Supreme Court remanded a recent 9th Circuit decision about salary history disclosures. The lower court had ruled that salary history questions could contribute to a gender-based wage gap, and “cannot justify a wage differential” between male and female applicants. The 9th Circuit’s opinion was penned by the late Judge Stephen Reinhardt, who died less than two weeks before it was filed. In a per curiam decision, the Supreme Court ruled that the 9th Circuit had “effectively allowed a deceased judge to exercise the judicial power of the United States after his death” and must therefore reconsider the case. The case is Yovino v. Rizo, 18-272.

Regardless of what the future holds, employers should stay aware of all legal updates on this topic, particularly when operating in states in which the electorate “flipped” after the 2018 election. Legal counsel can help employers quickly and cost-effectively develop fair and compliant hiring practices.

If you have any questions on this topic, please contact Zachary Glaser at zglaser@offitkurman.com or 267-338-1315 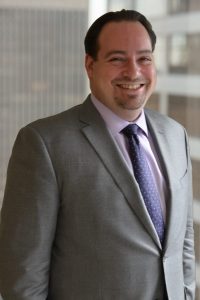