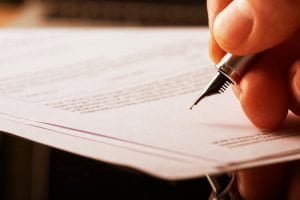 The Southern District of New York has confirmed this month that for purposes of international dispute resolution adjudicated in the U.S., China cannot bind Taiwan to international treaties even though the State Department has expressly recognized that Taiwan is a part of China.[1]

In the decision by (District) Judge J. Paul Oetken, the Southern District recently considered arguments involving the transport and damage of goods transported by plane from Florida, U.S., to Taiwan. The goods were damaged in transit and the plaintiff asserted that the Montreal Convention should apply to the dispute. Both China and the U.S. have ratified the Montreal Convention of 1999 (formally, the Convention for the Unification of Certain Rules for International Carriage by Air); Taiwan has not ratified it. Generally, for the Convention to apply, both the departure and arrival locations must be situated in signatory countries.

In declining to hold the Montreal Convention applicable, the Court was persuaded by and applied the reasoning of the Ninth Circuit in Mingtai Fire & Marine Insurance Co. v. United Parcel Service, 177 F.3d 1142 (9th Cir. 1999). The Ninth Circuit held that because “the question of Taiwan’s status…is a question for the political branches, rather than the judiciary” the court has to determine the position of the government by reviewing various government sources including the Taiwan Relations Act, 22 U.S.C. §3301 et seq., which “strongly impl[ies] that, despite the absence of official relations, the United States continues to deal separately with Taiwan.”

The Southern District’s holding is notable for two reasons. First, it expressly extends the reasoning of Mingtai Fire, which dealt only with the Warsaw Convention, to any other treaty – including the Montreal Convention – to which China is a signatory and Taiwan is not (absent different, treaty-specific guidance). Second, it confirms that since the decision in Mingtai Fire, twenty years ago, the government’s position on Taiwan has not changed sufficiently to sway the courts.

For more information on this topic, please contact us.