It’s no secret that we live in politically divisive times. On the many issues facing the United States today, lawmakers in Washington, DC seem to disagree about almost everything. Democrats and Republicans appear bent on obstructing the other party’s initiatives, causing gridlock and mutual resentment—not to mention raising the specter of another government shutdown.

In an increasingly globalized world, abduction is a tragic and potentially traumatic consequence of disagreements between parents of different national origins. The Department of State estimates that between 2008 and 2015, “more than 9,000 American children were taken abroad by a parent to obstruct their (usually) former spouse from seeing their child.”

It’s an issue that can splinter families and leave behind deep emotional scars. And it not only affects children, but parents and other relatives as well. According to a press release from Sen. Tillis’ office:

To address the issue, the resolution would designate April 2019 as “Countering International Parental Child Abduction” month. The measure would also “[instruct] the federal government to educate state and local law enforcement about the issue and how to combat it.”

The attorneys of Offit Kurman’s Family Law Practice Group have successfully represented parents in numerous cases involving international child abduction. Our collective experience comprises disputes in state, federal, and international courts. Visit the Offit Kurman blog to read how Ronald Ogens obtained a $3,100,000 verdict in favor of a divorced parent who had not seen his son for approximately 25 years.

Looking to handle a divorce or another family legal matter in the best way possible? Don’t rely on a simple document retrieval service. Offit Kurman’s Family Law attorneys are dedicated to resolving conflicts and protecting your and your family’s interests in a fast, straightforward, and cost-effective manner. See for yourself what we can do for you.

Cheryl Hepfer is a highly-regarded attorney who has practiced family law for more than 40 years.  She has been rated by her peers and is listed in Best Lawyers in America and as a top lawyer in the Washingtonian, Bethesda Magazine, and Super Lawyers.  She is past president of both the American Academy of Matrimonial Lawyers and the International Academy of Family Lawyers. 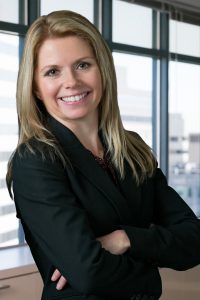