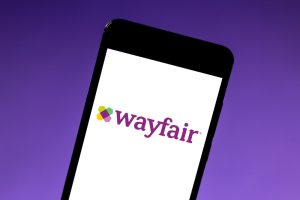 Business owners beware – You do not have to be in a state physically to be taxed by that state, so says the United States Supreme Court. Overturning a prior decision that required businesses to have a physical presence in a state before the state could tax that business, in South Dakota v. Wayfair (“Wayfair”), the Court ruled states could tax internet commerce where the seller has more than occasional sales to customers in the taxing jurisdiction, even though the seller has no physical presence in the state and has not qualified to do business in that state.

After Wayfair, all that has gone by the wayside. More than thirty states have jumped on the Wayfair bandwagon. Most states followed South Dakota’s lead by enacting legislation requiring sellers who have more than $100,000 in sales annually or more than 200 transactions annually to report, collect and pay sales tax. Some states, Pennsylvania and Washington, to name two, have a $10,000 threshold, while states like Alabama, Connecticut, Georgia, and Mississippi have more generous $250,000 thresholds.

Although Wayfair arose in the context of internet sales, its application goes far beyond internet sales. Going forward, any business that makes sales to customers in other states needs to monitor the number of transactions and the dollar value of those sales to avoid substantial underreporting or failure to report sales tax penalties. Not to be forgotten are local tax options. Nothing in Wayfair suggests that its rationale is limited to states. Where local taxing jurisdictions have a local option tax, it is only a matter of time before those local taxing jurisdictions demand their share of the pie from businesses under Wayfair.

To avoid being surprised by a nasty tax bite, businesses should carefully review where they sell their products and services, the number of sales outside their home state, and the dollar value of those sales. For example, the North Carolina Department of Revenue imposes: (1) a 5% penalty for failure to file for each month the return is not filed up to a maximum of 25%: (2) a 10% penalty for failure to pay a tax when due; (3) and a 25% penalty for a substantial understatement of tax liability (an understatement of more than 25% of the actual tax liability). Other states have similar penalties.

If a business does not know it is required to collect and remit sales tax under Wayfair, penalties will quickly escalate before the business is even aware. When in doubt, businesses should consider seeking guidance from state departments of revenue. Offit Kurman guides businesses in federal, state, and local tax planning and advocacy.

Internal Revenue Service Circular 230 Disclosure: As provided for in Treasury regulations, advice (if any) relating to federal taxes that is contained in this communication (including attachments) is not intended or written to be used, and cannot be used, for the purpose of (1) avoiding penalties under the Internal Revenue Code or (2) promoting, marketing or recommending to another party any plan or arrangement addressed herein.