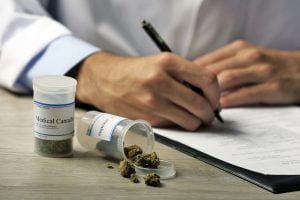 On December 17, 2018, the Delaware Superior Court issued a ground-breaking decision under the Delaware Medical Marijuana Act (“DMMA”, 16 Del.C. § 4901A et seq.).  In Jeremiah Chance v. Kraft Heinz Foods Co., Civil Action No. K18C-01-056 NEP, the Judge held that the DMMA is not preempted (consistent with the Supremacy Clause and conflict preemption analysis) by the federal Controlled Substances Act (“CSA”, 21 U.S.C. § 801 et seq.).  Additionally, the Court found that a private right of action was implied in the DMMA.  These are issues of first impression in Delaware and join with decisions in other medical marijuana states to help clarify the law in this area.  Unlike many of the decisions in other states, Chance is unique in that it favors the employee.

The CSA classifies marijuana as a Schedule I substance, with no exceptions for medical use.  The DMMA, by contrast, expressly authorizes the distribution, possession, and use of marijuana for medical purposes.  The DMMA also contains an express prohibition against discrimination in employment to protect employees who use marijuana for medical purposes, or who fail a drug test because of such use.  16 Del.C. § 4905A.  The Court noted that the CSA: does not make it illegal to employ someone who uses marijuana; does not regulate employment matters; and “explicitly confirms Congress’s intent that the statute not preempt a state law unless there is a positive conflict between that provision of this subchapter [of the CSA] and that State law so that the two cannot consistently stand together.”  21 U.S.C. § 903 (addition citation omitted).  Because the anti-discrimination provision of the DMMA, in and of itself, does not pose an obstacle to the CSA or render simultaneous compliance impossible, the Court determined that preemption was lacking.  See Chance, at pp. 6-7.

Employing the U.S. Supreme Court’s three-factor analysis articulated in Cort v. Ash (422 U.S. 66 (1975)), the Superior Court found a private right of action implied within the DMMA.  The Plaintiff is clearly a member of the class for whose benefit the statute was created.  Recognizing a private cause of action would advance the statute’s purpose to protect users of medical marijuana from discrimination in employment.  And, a finding of implied legislative intent is supported by the inclusion of Section 4905A (anti-discrimination), even absent the inclusion of an enforcement mechanism.  Therefore, a private right of action may be implied within the DMMA.

It is important to note that these are issues of first impression and have yet to be tested before the Delaware Supreme Court.  When, and if, Chance is taken up on appeal the current rulings may be amended or removed altogether. Until then they provide guidance on how the Delaware Courts will view the DMMA.

If you are an employer seeking guidance on how to tailor your human resources policies to address medical marijuana issues, call attorney G. Kevin Fasic at (302) 351-0901, or email at kfasic@offitkurman.com. 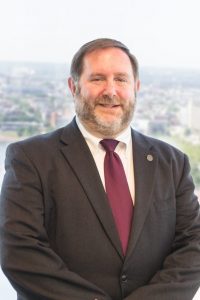 Mr. Fasic has practiced employment and construction law for over 20 years. His practice is primarily management-based, and includes discrimination claims, wage and hour issues, Davis Bacon/Prevailing Wage claims, employment agreements (including restrictive covenant issues and severance agreements), hiring and firing guidance, unemployment claims, and legislative affairs. He appears frequently before various administrative boards and agencies, as well as private dispute resolution forums.  He has experience practicing before all of Delaware’s state and federal trial and appellate courts and has experience with trial and appellate matters in the state and federal courts of New Jersey and Pennsylvania. Mr. Fasic is certified by the Delaware Superior Court as both a Mediator and as an Arbitrator, and can serve in either capacity for labor/employment and construction law disputes.