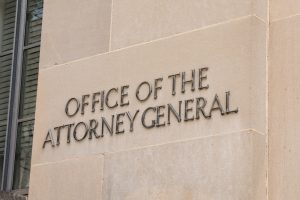 On December 7, 2018, President Trump nominated William Barr to serve as the next U.S. Attorney General.  Barr previously served as Attorney General from 1991 to 1993 under President George H.W. Bush.  Barr is expected to receive Senate confirmation during the next few weeks or months and people are trying to predict how Barr will affect the enforcement of federal laws on issues relating to cannabis.

Any incoming Attorney General will likely be viewed as more moderate on federal cannabis enforcement issues than Trump’s initial Attorney General, Jeff Sessions.  Earlier this year, Sessions rescinded an Obama-era memorandum, known as the “Cole Memorandum,” which established a policy of federal non-interference with people and businesses who are acting in compliance with applicable state laws.  The Justice Department did not replace the Cole Memorandum with new non-interference guidelines and a new Attorney General could provide much-needed clarity on whether, when and how to enforce drug laws on matters relating to cannabis, given the current inconsistency between federal and state laws.

During his previous tenure as Attorney General which coincided with part of the nation’s “War on Drugs,” Barr supported longer prison sentences for drug offenders.  That said, there has been a sea change of public opinion on matters relating to cannabis since the early 1990s and Barr has not made recent public statements on the various state programs legalizing the use of cannabis.  Barr is likely to receive questions during his upcoming Senate confirmation hearings about his views regarding the enforcement of the Controlled Substances Act (“CSA”) which makes illegal under federal law the manufacture, sale, transportation and/or use of controlled substances, which include cannabis.

President Trump previously stated he is likely to support the STATES Act, now pending in Congress, which if enacted would amend the CSA to preclude federal enforcement against individuals and companies in compliance with applicable cannabis-related state laws. Because the federal government in early 2019 will likely have a packed agenda with many complicated legal and political issues, it remains to be seen whether the Congress, the President and the Attorney General will focus their attention and priorities on the legal landscape for CSA enforcement.  Unless and until Congress changes the laws relating to non-interference, the Justice Department’s guidance on CSA enforcement (or lack thereof) will remain highly important to federal prosecutors and industry participants.

One person who is likely to affect Barr’s views on the enforcement of federal drug laws is his daughter, Mary Daly.  Daly currently works in the Office of the Deputy Attorney General and serves as the Trump Administration point person on addressing the nation’s opioid epidemic.  She is a former federal prosecutor who has advocated for stricter enforcement of federal drug laws.  In addition, Daly has advocated for rolling back Obama-era policies offering leniency to lower-level drug offenders.

Many cannabis industry leaders are withholding comment regarding the prospect of Barr as our country’s next Attorney General until they receive additional information regarding Barr’s position on the enforcement of federal drug laws in the current legal environment.  Given that medical marijuana use is now legal in thirty states and D.C. and there is broad public support for allowing states to establish laws permitting the sale and use of cannabis, Barr’s public position on CSA enforcement in 2019 will likely be substantially more moderate than the position espoused by his predecessor and the positions Barr took during his last stint as the head of the Justice Department in the early 1990s.