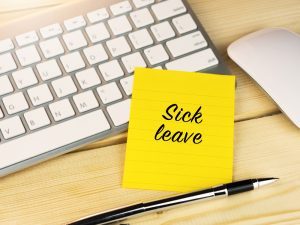 As Published in The Legal Intelligencer

An employee calls out of work because of the flu. Simple enough. But, should the employer pay the employee for the day? Should it be designated as a sick day? Does it matter what state or city they are in?

An employee calls out of work because of the flu. Simple enough. But, should the employer pay the employee for the day? Should it be designated as a sick day? Does it matter what state or city they are in? Numerous recently enacted state and local laws necessitate different responses. Over the past couple of years, lawmakers have enacted state and local paid sick leave laws that mandate exactly how much paid sick leave an employee is entitled to, how it must be accrued and why it may be taken, in conjunction with strict penalties for violations.

New Jersey, Maryland, New York City and Philadelphia have paid sick leave laws. All of them are nuanced in how much paid sick leave employers are required to provide, how it is accrued, whether rollover is required and the penalties for noncompliance and improper record keeping. Attempted compliance with so many laws is proving to be challenging.

First, many employers have policies that allow employees a certain amount of paid time off, to be used for all leave. Employees get one pool to use at their discretion; for vacation, child care, surgery, caring for a sick family member or a simple personal day. Many businesses like this model because it allows employees the flexibility to use their time as they deem important and requires less oversight from the employer. Alternatively, there are disadvantages. Employees may try to bank their time for vacation and report to work sick, or may feel penalized because an unforeseen illness causes them to lose their vacation time.

The recording requirements in many states and cities defeat the purpose of one, multi-use PTO policy. A benefit of this policy is that the employee does not have to inform the employer of the reason for taking the day, and the employer need not ask. However, if the employer is required to keep records of how many paid sick days the employee is taking, it will now have to ask, negating this benefit.

Under most of the paid sick leave laws, if an employer already has a PTO policy that provides the requisite amount of leave for the same purposes, it does not have to change it. What if, however, an employee has used all his paid time off for reasons not related to sick leave, and then requests a day off for a reason covered by the applicable paid sick leave law? If the employer refuses to provide the day to the employee with pay, this may violate the applicable law. The employer may argue it allowed sufficient sick time to the employee as part of a single PTO policy, but the employee chose not to take it as such. However, guidance on this point is not clear. For many of these laws, there is not yet any instructive case law on how the courts may treat this situation. For example, there is no authority in Philadelphia that directly addresses this question. The proposed rules on New Jersey’s law seem to make clear that a single multipurpose PTO policy could satisfy an employer’s obligations under the law, but those rules are open to comment until Dec. 14.

In addition, most paid sick leave laws include anti-retaliation provisions; an employer may not retaliate against an employee for requesting or utilizing paid sick leave. If an employer offers a set number of PTO days, coupled with an attendance policy that restricts how much leave may be taken in a certain period, there is the potential that an employee could be disciplined for taking paid sick leave. For example, if an employee takes the first three days as personal days, and then the fourth, and one that triggers the attendance policy violation, as a paid sick day, the employee could be unlawfully disciplined. Again, in most instances there is no definitive answer on whether an employer would be liable in this scenario.

Right now, because most state and local paid sick leave laws are new, and guidance, either in the form of case law, rules or regulations, is sparse, employers may be better off separating their policies to distinguish between paid sick leave and personal or vacation time. If a business is having success with a single paid time off policy, at the very least these risks should be considered in revising or administering it.

Another issue is the payout provision in many of the paid sick leave laws. For example, New Jersey’s law expressly states that employers do not have pay out accrued but unused sick leave unless there is a policy or collective bargaining agreement that requires it. Similarly, in Philadelphia, an employer is not required to reimburse an employee for accrued but unused sick time. It will depend on if there is an agreement or policy to that effect. Conversely, California law requires that employers pay out all accrued, unused PTO time. Employers need to be cognizant of the requirement in the states or cities where they operate and be sure their policies are consistent with both the law and their intention to pay, or not pay, unused sick leave upon separation.

In addition, accrual rates and timing of accrual may require careful monitoring by employers. New Jersey, Maryland and New York City paid sick leave accrues at a rate of one hour for every 30 hours worked, Connecticut and Philadelphia are one hour for every 40. Also, the time when an employee is entitled to first use their accrued sick time varies; Philadelphia is 90 days after their employment begins, New Jersey is 120 and Maryland is 106. Monitoring these specific requirements for multistate employers can be time consuming. One solution is to simply identify the state or city that has the most generous law and comply with that. In some instances, a company may be going above and beyond what is required, but the time gained in less administrative oversight may be worth it.

Finally, the reasons that leave may be taken in various jurisdictions may include some that are not necessarily intuitive. For example, Philadelphia’s ordinance includes leave to obtain legal services related to domestic or sexual violence. Again, this shows the importance of being aware of the specifics of applicable state and local laws, as well as training managers on those details.

Is There a Federal Law on the Horizon?

Maybe. This past year, federal lawmakers introduced various laws, generally categorized as sick leave, family leave and flexible time policies. In February 2017, Sen. Kirsten Gillibrand (D-N.Y.) proposed the FAMILY Act, which would give workers up to 12 weeks of paid partial income time off for their own serious health condition or that of a child, parent, spouse, domestic partner, birth or adoption of a child, or for a military caregiving or leave. It is similar to FMLA leave but provides employees up to 66 percent of their monthly wages. This would be paid for through small employee and employer payroll contributions. The Healthy Families Act, which was introduced in March 2017 by Rep. Rosa DeLauro (D-Conn.) and Sen. Patty Murray (D-Wash.), would allow workers to earn up to seven job-protected paid days off for similar reasons.

In November 2017, California Sen. Mimi Walters proposed the Workflex in the 21st Century Act, which seeks to amend the Employee Retirement Income Security Act (ERISA) by requiring employers to provide all full and part-time employees a minimum amount of paid time off. In this proposal, employers, rather than tax payers, would absorb the cost of providing paid leave. This could relieve employers from navigating the maze of state and local leave laws as participating employers would have to comply only with the federal law. In August 2018, Sen. Marco Rubio (R-Fla.) proposed the Economic Security for New Parents Act which would advance Social Security benefits to employees by pushing back their retirement and would be funded by Social Security.

That lawmakers on both sides of the aisle are introducing laws that address paid sick or other leave at the federal level shows that both parties are looking to address similar concerns from their constituents. What may actually become law, however, remains to be seen. It may go without saying that right now bipartisan agreement on a single solution seems unlikely. For now, companies with employees in multiple states should closely monitor state and local laws, and continuously adapt their policies to ensure compliance.