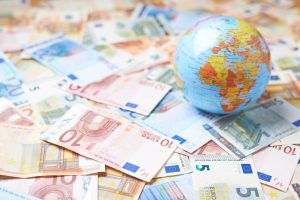 The Foreign Investment Risk Review Modernization Act of 2018 (“FIRRMA”) was signed into law on August 13, 2018. The purpose of FIRRMA is to address national security concerns over foreign exploitation of certain investments which were outside of the Committee on Foreign Investment in the United States (“CFIUS”) jurisdiction.

As background information, CFIUS is an interagency committee of the US. Under the existing regulations before FIRRMA, CFIUS has the authority to conduct national security reviews of transactions that could result in a foreign person’s control of a U.S. business. A foreign person can be any foreign national, government, entity, and any entity over which control is exercised or exercisable by a foreign national, foreign government, or foreign entity. The President and CFIUS have the authority to prevent or suspend such controlling investments in the US. Concerning such risks, transaction parties may file a voluntary notice with CFIUS seeking safe harbor clearance for the transaction.

FIRRMA substantially expands the scope of transactions eligible for review by CFIUS, making certain reviews mandatory and introduces new rules for the review process. The main changes to the CFIUS process include:

The provisions regarding the expanded scope of covered transactions and the declaration process will go into effect on the earlier of the date that is 18 months after the date of the enactment of FIRRMA and the date that is 30 days after CFIUS publishes a determination in the Federal Register that the regulations, organizational structure, personnel, and other resources necessary to administer the new provisions are in place.

In line with the foregoing, understanding the expanded role of CFIUS and advance structuring will be imperative for certain cross-border transactions.

Questions about this or any other international law matter?
Please contact us

Offit Kurman is one of the fastest-growing, full-service law firms in the Mid-Atlantic region. With over 180 attorneys offering a comprehensive range of services in virtually every legal category, the firm is well positioned to meet the needs of dynamic businesses and the people who own and operate them. Our twelve offices serve individual and corporate clients in the Maryland, Delaware, New Jersey, and Northern Virginia markets, as well as the Washington DC, Baltimore, Philadelphia, and New York City metropolitan areas. At Offit Kurman, we are our clients’ most trusted legal advisors, professionals who help maximize and protect business value and personal wealth. In every interaction, we consistently maintain our clients’ confidence by remaining focused on furthering their objectives and achieving their goals in an efficient manner. Trust, knowledge, confidence—in a partner, that’s perfect.