Picking up from part one, I am moving into this second segment focusing on profits lost as“consequential” damages. If you missed part one, you can read it here. 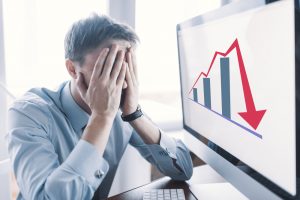 The dispute in Tractebel arose out a contract for the supply of energy products over a 20-year period.

In its analysis of consequential damages, the Court of Appeals in Tracteble referred early in its opinion to Hadley v. Baxendale in the following manner:

Every lawyer will recall from his or her first-year contracts class the paradigmatic example of Hadley v. Baxendale, where Baxendale [a common carrier] failed to deliver a crankshaft on time causing Hadley [a miller] to lose profits from the operation of his mill.

In Tractebel, the Court held that a Plaintiff is entitled to recover this form of “lost profits” (i.e., consequential damages) only if (i) it is demonstrated with certainty that some damages have been caused by the breach; (ii) the extent of the loss is capable of proof with reasonable certainty; and (iii) it is established that such damages were fairly “within the contemplation of the parties” at the time of contracting.

This is, quite plainly, a very difficult hurdle to have to clear. Indeed, the Court of the Exchequer in Hadley v. Baxendale made clear that the miller, Hadley, could not demonstrate that the losses purportedly caused by Baxendale’s late delivery were “generally foreseeable.” Indeed, Baxendale’s only obligation was to deliver Hadley’s broken crankshaft to a company that was going to manufacture a new crankshaft (using the damaged one as a model), and its breach was only to fail to deliver the damaged crankshaft to the manufacturer on time.

Specifically, the Exchequer was that Baxendale was found not liable for the alleged lost profits because while he knew the mill was closed, he was not aware that the mill’s continued operation was dependent solely on the prompt delivery of the broken crank shaft. The Exchequer concluded Hadley was seeking “consequential” damages – not direct or general damages – and found that such damages were not in the contemplation of the parties when Hadley retained Baxendale to transport the damaged crankshaft. Thus, the Exchequer dismissed Hadley’s claim.

The Kenford case was a breach of contract litigation which spanned 18 years and involved the proposed construction and operation of domed stadium facility in Erie County. The issue on the final appeal was whether the plaintiff, Kenford Inc., was entitled to recover damages against the defendant, Erie County, for the loss of anticipated appreciation in the value of the land which Kenford owned in the periphery of the proposed stadium site.

The New York Court of Appeals (New York’s high Court) concluded that Kenford was not entitled to recovery on its claim since there was no evidence to support a determination that the parties contemplated, prior to or at the time of the contract, the assumption by the County of any liability for the damages being sought.

In doing so, other things, the Court recited the refrain which flows throughout the legion of breach of contract cases dating back to Hadley v. Baxendale to the effect that consequential damages which may be recovered by a party for breach of contract are restricted to those damages which were reasonably foreseen or contemplated by the parties during their negotiations or at the time their contract was executed.

In sum, a very high bar exists when a Plaintiff seeks to obtain lost profits when they are deemed “consequential damages”: The Plaintiff must show that such damages were contemplated at the time of contracting, or performance, and the Plaintiff is also required to demonstrate with “reasonable certainty” that (i) damages were caused by the Defendant’s breach; and (ii) the amount of the lost profits is capable of “proof with reasonable certainty.”

While it should be obvious that proving consequential damages is likely to be very difficult under any circumstance, such damages are especially difficult to prove when dealing with long-term contracts involving costs which are (or may be) variable over time, or where the amount of payments may be variable over time. This is because (with respect to consequential damages) the “injured” party must – as noted above – not only prove that damages have been caused by the breach, and that such damages were within the contemplation of the parties at the time of contracting, but also because the amount of the damages must be proven with “reasonable certainty.”

As it happened in our case, upon reconsideration, the District Court appears to have recalled Hadley v. Baxendale from his law school days and realized – based on the arguments made in our reconsideration motion – that our client was in fact seeking “general” or “benefit of the bargain” damages (not consequential damages).

If you have any questions so far on this or any other commercial litigation topic, contact Offit Kurman.