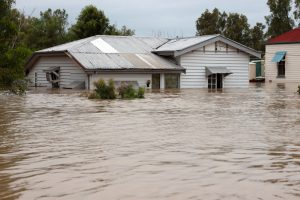 As published in the Legal Intelligencer

Congress passed the National Flood Insurance Act of 1968 (the NFIA) in part because “as a matter of national policy, a reasonable method of sharing the risk of flood losses is through a program of flood insurance which can complement and encourage preventive and protective measures.” Mudslide and flood-related erosion protection were later added to the National Flood Insurance Program (NFIP). In recent years, Congress passed a series of short-term reauthorizations of the act. On July 31, the Senate voted 86-12 in favor of a four-month extension of the act, hours before the NFIP was scheduled to expire. While the long-term future of the NFIP is uncertain, the millions of home and business owners in flood zones will continue to benefit from the NFIP at least through this year’s hurricane season.

The NFIA offers primary flood insurance for properties in flood zones and incentivizes communities to reduce flood risk by complying with floodplain management standards. The NFIA requires homeowners to purchase flood insurance if they receive any federally-related financial assistance (e.g., FHA-backed mortgages) for a property in a flood zone. The FHA backs approximately 21 percent of all mortgages, but with more than one in three millennials opting for FHA mortgages, the proportion of properties that must participate in the NFIP will continue to increase. See Kenneth Harney, “Why Millennials are Flocking to FHA Mortgages,” Chicago Tribune, March 14, 2017, available at http://www.chicagotribune.com/classified/realestate/ct-re-0319-kenneth-harney-20170314-column.html.

NFIP Is Only Available in Flood Zones

Communities are not required by law to participate in the NFIP, but primary flood insurance through the NFIP is only available to communities that adopt the floodplain management standards set by the NFIA and FEMA regulations.

Federal flood insurance can be purchased to insure structures and contents; coverage for each is purchased separately. Single family residences are eligible for $250,000 in coverage; this consists of the emergency program’s first layer of $35,000, and a second layer of $215,000. Small businesses are eligible for up to $500,000 per building in coverage ($100,000 in the emergency program’s first layer, and $400,000 in the second layer). Separate insurance for a building’s contents can also be purchased: up to $100,000 for residential properties, and $500,000 per building for small businesses, churches, and other properties. Federal flood insurance is usually written on an actual cash value basis, as compared to most commercial or homeowner policies, which are written on a replacement cost basis.

NFIP insurance covers physical loss directly caused by flooding, defined as “a general and temporary condition of partial or complete inundation of normally dry areas” from overflow of inland or tidal water, “unusual and rapid accumulation or runoff of surface waters” or mudslides caused by flooding. The NFIP’s definition of flood also includes erosion or subsidence of land along bodies of water “caused by an unusually high water level in a natural body of water, accompanied by a severe storm, or by an unanticipated force of nature” including flash floods, abnormal tidal surges, and other unforeseeable events. The NFIP does not insure against losses caused by earth movement, even if the earth movement is caused by flood. Therefore, damage directly resulting from flood-caused earthquakes, landslides, land subsidence, sinkholes, or erosion is not insured by the NFIP.

FEMA controls the scope of coverage offered through the NFIP, and it currently offers three standard flood insurance policies (SFIPs). Property owners may purchase SFIPs from private carriers who service the policies (write your wwn or WYO carriers), but the U.S. government is responsible for payment of claims. The coverage offered through these dwelling, general property, and residential condominium building association policies is detailed in the Code of Federal Regulations.

The NFIP’s standard flood insurance policy provides insurance coverage for physical loss from flooding to the insured structure, which includes the building and its foundation, the electrical and plumbing systems, built-in appliances (e.g., central air-conditioning), and other permanently installed fixtures. The SFIP only covers physical loss directly caused by flooding. The SFIP does not cover loss of use or access to the insured property, the cost of temporary housing during building repair, or for commercial properties, loss caused by business interruption. The SFIP limits coverage for areas below the lowest floor used as a living space; e.g., basements and crawlspaces.

Property owners who purchase NFIP policies for contents are protected in the event of damage to personal items (e.g., clothing), portable appliances, and nonpermanent carpets. The SFIP limits coverage for damage to artwork, rare books, jewelry, memorabilia, and furs to $2,500 for any one loss. The NFIP specifically excludes coverage for property outside the building, such as lawns, trees, shrubs and fences.

While it includes a detailed list of what items are covered and not covered, the SFIP does not contain a definition of “insured property.” In Torre v. Liberty Mutual Fire Insurance, 781 F.3d 651, 655 (3rd Cir. 2015), the U.S. Court of Appeals for the Third Circuit held that the SFIP does not insure the policyholder’s entire parcel of land, but only the property listed as covered property in the SFIP. This ruling is of particular importance to homeowners affected by hurricanes, as it means that the SFIP does not cover the cost of removing debris blown onto the homeowner’s land in a storm.

When a policyholder makes a claim under an SFIP, the policy’s carrier evaluates the claim, pays the policyholder what the carrier determines is the amount of loss, and the carrier is reimbursed by the U.S. government. A policyholder whose claim does not exhaust the coverage limit may submit a proof of loss to the carrier within 18 months of the loss to claim additional damages. Implicit in the NFIA is a limited waiver of sovereign immunity; policyholders may sue when their claims are denied. Policyholders may file suit against the policy’s issuing insurer; claims and litigation costs are paid for by the United States. Because the NFIA is based on a waiver of sovereign immunity, normal rules of policy construction do not apply. Instead, policies are construed in favor of the insurer as the United States bears ultimate financial responsibility.

Private flood insurance is available to both businesses and individuals. Given the relatively low limits available from the NFIP, if an insured property has an actual cash value or replacement cost greater than the NFIP limits, excess flood insurance should be explored. A typical beach block house in Longport, Stone Harbor, or Avalon, has a replacement cost in excess of $2 million, and many have a replacement cost in excess of $3 million. Failure to obtain excess flood coverage will leave the homeowners with a substantial shortfall in coverage. Underinsurance can be even greater for contents losses. Excess flood can be even more important for businesses, especially those with expensive equipment or substantial inventory.

Federal flood policies do not cover business interruption losses, extra expense, or other common time element coverages. They do not cover additional living expenses usually covered under a standard homeowner’s policy. To the extent an insured wants coverage for these economic losses, it must be purchased in the “normal” insurance market. Most of the time, these coverages are available only in excess flood policies, but will be standard in those policies.  However, many commercial policies will have flood sub-limits even if they are providing excess flood coverage. A flood sub-limit of $1 million is not unusual, and even nine-figure limit policies will frequently have flood sub-limits of between $5 million and $25 million. As Sandy, and Maria have shown, flood losses can far exceed even these large sub-limits.

Offit Kurman is one of the fastest-growing, full-service law firms in the Mid-Atlantic region. With over 170 attorneys offering a comprehensive range of services in virtually every legal category, the firm is well positioned to meet the needs of dynamic businesses and the people who own and operate them. Our twelve offices serve individual and corporate clients in the Maryland, Delaware, New Jersey, and Northern Virginia markets, as well as the Washington DC, Baltimore, Philadelphia, and New York City metropolitan areas. At Offit Kurman, we are our clients’ most trusted legal advisors, professionals who help maximize and protect business value and personal wealth. In every interaction, we consistently maintain our clients’ confidence by remaining focused on furthering their objectives and achieving their goals in an efficient manner. Trust, knowledge, confidence—in a partner, that’s perfect.