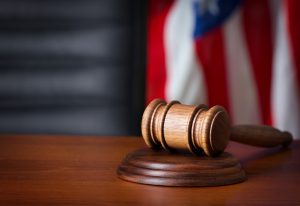 On June 27, 2018, the United States Supreme Court, in Janus v. AFSCME, Council 31, 2018  US LEXIS 4028 ( 2018) decided that non-union member employees in the public sector could no longer be required to contribute an “agency fee” to the representative union. The Court specifically held that “[s]tates and public-sector unions may no longer deduct agency fees from employees who decline to join the union.” Any existing collective bargaining agreement (“CBA”) that provides for this non-member payment is declared immediately void by the Supreme Court if non-union members do not want to pay union dues/fair share. “This process,” wrote Justice Alito, “violates the First Amendment and cannot continue.”

This means that, effective immediately, municipalities and other public-sector employers are prohibited from deducting agency fees from a non-union member’s wages. The only exception is if an employer has an express waiver, in writing, from the non-union members waiving their First Amendment rights and allowing the union to deduct agency fees.

In Janus, the Court analyzed a state statute, the Illinois Public Labor Relations Act, and whether it is lawful for unions to charge non-members “agency fees.” The Court held it was not. The Court explained that once voted in, the union is already designated as the exclusive representative. Employees are not obligated to join this union, but they may not be represented by any other agent, nor may they negotiate directly with their employer. Previously, the union could charge non-members “agency fees,” which are attributable to activities that are integral to the union’s duties as a collective bargaining representative. Non-union members, however, were not required to fund the union’s political and ideological projects.

The Court held that the agency fee requirement infringed on the non-union member employees’ right to free speech. “We have held time and again that freedom of speech includes both the right to speak freely and the right to refrain from speaking at all.” The Court reasoned that there was no compelling state interest that could not be achieved through means significantly less restrictive of the employees’ free speech.

The Court further held it did not have an obligation to follow earlier U.S. Supreme Court precedent, Abood v. Detroit Bd. of Educ., 431 U.S. 209 (1977), holding the decision created an unworkable standard and was not well-reasoned. After 41 years of the precedent this is a strange but understandable conclusion given the present political climate. In Abood, the state’s interest, which the court found persuasive, was “labor peace.” Here, the Court found that there was no indication, in history or comparable areas, that “pandemonium” would ensue if agency fees were not allowed. Further, the Court did not find the argument that non-union members would be free riders, reaping union benefits without paying dues, compelling. The Court also rejected arguments that public employees did not have free speech rights, and that the speech was unprotected as part of the employee’s duties or as a matter of only private concern.

The Court held that the state may require that a union serve as an exclusive bargaining agent for employees, even those who do not agree with its views, but it “drew the line” at requiring those employees to monetarily support the union. This, the Court held, clearly violated the non-members’ free speech rights.

This is new law and, therefore, how it will be implemented remains to be seen. The biggest concern for most employers is how to respond to this new law, without violating existing CBAs. First, the Court explained the free speech rights are more important than a CBA’s “contract provisions that will expire on their own in a few years’ time.” Generally, this suggests that this First Amendment right trumps the union’s rights to collect agency fees. The employer must first determine if, in fact, there are any non-union members to which a fair share of a CBA presently exist.

Based on the guidance from the Supreme Court, we recommend first examining your specific CBA. The Court held “[a] union’s attorneys undoubtedly understand that if one provision of a collective-bargaining agreement is found to be unlawful, the remaining provisions are likely to remain in effect. . . Any union believing that an agency-fee provision was essential to its bargain could have insisted on a provision giving it greater protection.” Many agreements, like the CBA in Janus, state that “the invalidation of any part of the agreement shall not invalidate the remaining portions, which shall remain in full force and effect. . . Such severability clauses ensure that entire contracts are not br[ought] down by [the Court’s] ruling.” Janus.

Unless the CBA gives the fair share language more protection than the rest of the provisions in the CBA, the Court advised that that section would be held to be unenforceable, but the rest of the CBA will remain intact. If there is additional protection, we recommend seeking the advice of counsel. Otherwise, we suggest next advising your union that starting on an imminent date, you will no longer deduct agency fees from non-union member wages.

Also, the union has the option of affording non-union members with the opportunity to sign waivers, which will allow you to continue these deductions. However, before you take any action, you should contact experienced labor counsel.

Neil Morris is Chair of the firm’s Philadelphia Labor and Employment Group. He has passionately represented employers for the last 30 years. He concentrates in the areas of labor and employment, municipal labor law, employment discrimination, defamation defense, commercial litigation, and business litigation. He has served as Special/Labor Counsel for more than 35 Pennsylvania Townships and Boroughs, the County of Bucks and many private employers. He is often brought into municipalities to handle “crisis” situations involving employees and/or management.