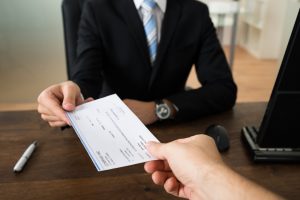 In a block-buster decision on Wednesday, the U.S. Supreme Court dealt a serious blow to labor unions, ruling that government workers can’t be forced to pay dues to labor unions that represent them in collective bargaining.  In so ruling, the U.S. Supreme Court overturned a prior decision that had been in place for decades that allowed states to require that public employees pay certain fees to unions that represent them, even if the workers chose not to join.

The case arose from an Illinois state government worker, Mark Janus, who filed a Federal lawsuit challenging the American Federation of State, County and Municipal Employees over the $45 monthly fees he had to pay to the union despite that he was not a member.  Janus argued that the state violated workers’ First Amendment Rights by making them contribute to groups that participate in political activity that they may not support.  The opposition argued that unions represent all workers in collective bargaining and therefore are entitled to the fees.  The Court sided with Janus in a 5-4 decision, holding that the laws requiring payment of the “fair share to unions by non-union workers” fee violate the First Amendment by compelling workers to support unions they may disagree with.

The decision is expected to setback unions that rely on the income from the “fair share” fees to make political contributions in support of political policies.  Additionally, unions are expected to use their resources, that may otherwise go to campaign contributions recruiting and retaining members, because the option not to join allows workers to enjoy a larger pay check since the fees would not be deducted.  Proponents of the decision believe the decision empowers workers, allowing them to do what they want with their earnings rather than unwillingly placing their wages in the hands of union bosses.

For more information on this topic or other legal matters please contact Karin Corbett, Esquire at kcorbett@offitkurman.com or 484-531-1702.

Karin Corbett is a business attorney and litigator who effectively prevents, resolves and litigates legal disputes for businesses and individuals alike in a variety of industries; but her focus is primarily in the construction & real estate and equine industries.