So you want to move to warm, sunny Florida with the kids, but your ex spouse is saying “no way”……

The Best Interests of the child 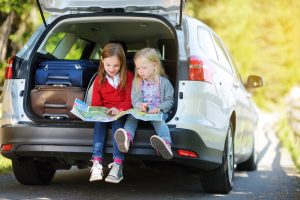 In Bisbing v.  Bisbing, pursuant to the terms of a Marital Settlement Agreement, the divorcing parents agreed that the Mother was the primary residential parent with custody of their twin daughters.  The MSA also included a relocation provision stating that “[n]either party shall permanently relocate with the children from the State of New Jersey without the prior written consent of the other.”

Shortly after the divorce, the mother informed the father that she was planning to remarry and relocate to Utah with her new husband (with whom she had a relationship prior to the Court granting the Final Judgment of Divorce).   The father refused to consent to the permanent relocation of the children to Utah.

The mother then filed a motion seeking an order permitting her to permanently relocate with the children to the State of Utah.  The Father stated that the Mother had negotiated the MSA in bad faith, securing his consent to her designation as the Parent of Primary Residence without informing him that she relocate.

Applying the standard established in  Baures v. Lewis, the Trial Court granted the Mother’s application for relocation, finding she presented a good-faith reason and that the move would be in the children’s  best interest. Thereafter, the Mother relocated to Utah with the children.

The Father appealed the Trial Court’s decision.  The New Jersey Appellate Division reversed and remanded, finding that there was a genuine issue of material fact as to whether the Mother negotiated the custody provisions of the MSA in good faith.  The Mother was then Ordered to return with the children to the State of New Jersey.     The Trial Court ordered the parties to then abide by the residency provisions previously entered into in the MSA.

The Supreme Court of New Jersey recognized a “special justification” to abandon the standard it had established in Bauers v. Lewis for determining the outcome of contested relocation matters.  In place of the Baures standard, Courts should conduct a best interests analysis to determine “cause” under N.J.S.A. 9:2-2 in all contested relocation disputes in which the parents share legal custody.

The Court remanded to the Trial Court for a Plenary Hearing to determine whether the Custody arrangement previously agreed to and as set forth in the parties’ MSA should be modified to permit the relocation of their children to Utah.

No Waiver of Interstate Child Relocation

The Court declined to agree with the Father’s assertion that by consenting to the Interstate relocation provision of the MSA, the Mother waived her right to a judicial determination of her relocation application under N.J.S.A. 9: 2-2.  However, the Mother must demonstrate that there is “cause” for an Order authorizing relocation, which shall be determined by a best interest analysis considering the factors in N.J.S.A. 9:2-4 ( c).

Notably, because the best interests standard applies to the determination of “cause” nothwithstanding the designation as the Parent of Primary Residence, the Trial Court need not decide whether the Mother negotiated the parties’ MSA in bad faith.

For more information on this topic, please contact Megan Smith at msmith@offitkurman.com. 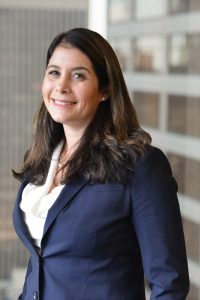 Megan E. Smith devotes her practice to matrimonial, divorce, and family law, and is a trained collaborative lawyer and divorce mediator. She works with clients in all areas of matrimonial and family law, including the developing area of LGBT law as it relates to children and families. Her practice is concentrated in divorce, dissolution of civil unions, termination of domestic partnerships, custody, parenting time, child support, alimony, equitable distribution and pre-nuptial planning as well as related post-judgment issues, such as emancipation, support enforcement, and implementation of settlement agreements.