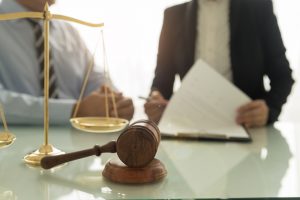 Attorneys, advocacy groups, and legal scholars have debated the question for decades: Does Title VII of the Civil Rights Act of 1964, which protects individuals from employment discrimination on the basis of sex, also cover a person’s sexual orientation?

Last month, in Zarda v. Altitude Express, the US Court of Appeals for the Second Circuit ruled that, yes, Title VII does in fact prohibit discrimination on the basis of sexual orientation. The case involved a skydiving instructor named Donald Zarda, who lost his job after telling a client he was gay. In a 10–3 decision, the Second Circuit affirmed that Altitude Express, Zarda’s former employer, had terminated him unlawfully because—in the words of Chief Judge Robert Katzmann—“sexual orientation is a function of sex.”

The ruling is the second time a federal appeals court has interpreted Title VII’s protections to extend to sexual orientation. In 2017, the Seventh Circuit determined in Hively v. Ivy Tech Community College of Indiana that adverse employment action was taken against a woman for the fact of her being married to another woman—when a man married to a woman would face no such treatment—clearly constitutes sex discrimination.

The Zarda and Hively decisions break with well-established legal precedent and appear to indicate a brewing conflict among the federal judiciary. Supporters of these decisions hail them as landmark rulings that uphold the rights of members of the LGBTQ community. Opponents claim that legislators did not intend for Title VII to extend to sexual orientation.

Notably, attorneys on both sides of the Zarda case argued that Congress should amend Title VII to explicitly include sexual orientation as a protected characteristic; the defendant’s attorney asserted that Zarda had been terminated for reasons other than his sexual orientation, and the court’s reinterpretation of Title VII “exceeds the judicial mandate.” And Judge Gerard Lynch, in his dissenting opinion, wrote that he would be “delighted to awake one morning and learn that Congress had just passed legislation adding sexual orientation to the list of grounds of employment discrimination prohibited under Title VII” or that “Congress had secretly passed such legislation more than half a century ago,” but that it has yet to take “a firm and explicit stand” against “the injustice of discrimination on the basis of sexual orientation” as many state legislatures have.

Students of history will recall that lawmakers added the sex amendment to Title VII of the Civil Rights Act at the last minute. To this day, debate lingers over whether inclusion of the provision was a sincere attempt to advance civil rights or a cynical tactic meant to overload and sabotage the bill.

Either way, the legislative intent remains uncertain, and competing interpretations of the law make it ripe for review by the Supreme Court, which means we can expect a definitive answer on the issue relatively soon. Until then, employers should be careful not to engage in discrimination of any sort: that much is unquestionable.

Questions about this or any other labor and employment issue? Contact Katherine at kwitherspoon@offitkurman.com

Ms. Witherspoon has 23 years of litigation and administrative law experience in every Delaware court, the U.S. Court for the District of Delaware, the U.S. Court of Appeals for the Third Circuit, and the U.S. Supreme Court. She has also represented clients in proceedings before the Delaware Department of Labor, the Equal Employment Opportunity Commission, the Merit Employee Relations Board, and numerous other administrative bodies. Her employment practice focuses on discrimination; employment termination; Fair Labor Standards Act issues; creation and review of employee handbooks and policies; employment and severance agreements; labor relations; and unemployment compensation appeals. She counsels executives and companies in employment matters. She speaks frequently on employment topics and has been a repeat guest on WILM’s radio show, “Money and Politics in Delaware.”